MC1R Gene May Have a Hand in How Old You Look

by John Donovan Apr 28, 2016
We pulled photos of three sets of celebrities who were born within three months of each other: Samuel L. Jackson and George R.R. Martin (bottom corners); Helen Mirren and Linda Hunt (center); and Martin Freeman and Jared Leto (top corners). Yet, they don't look the same age. Could the MC1R gene play into that? Jeff Kravitz/Albert L. Ortega/Richard Bord/Paul Archuleta/Craig Barritt/Larry Busacca/Getty

If a glance in the mirror doesn't quite tell the story, let us fill you in: You're getting older. It's written all over your face.

Maybe those crinkles around your eyes haven't quite kicked in full force yet. Maybe it'll be a few more years until your chin begins its inevitable slide toward Tierra del Fuego.

Your face says tons about you, your age ... even your health. And now, thanks to some fancy facial mapping software and a big data-driven study, researchers have identified certain variants of a gene that may be responsible for why some people look older than they are.

"Our study uncovers the first genetic evidence explaining why some people look older for their age," write the authors of the paper, in the latest issue of the journal Current Biology, "and provides new leads for further investigating the biological basis of how old or young people look."

How old you look — your perceived age — and how that relates to your chronological age have long been areas of interest for scientists (and companies like Unilever, which partially funded the project). The researchers in this study have pinpointed variations in a specific gene — MC1R — that are directly related to how old people appear to others.

Simply: If you have certain versions of the MC1R gene, you look about two years older than you really are. And no amount of cold-cream slathering or spray-on tan is going to change that.

For the study, scientists focused on the data of more than 2,600 elderly subjects from an ongoing Dutch population study that began in 1990. They analyzed more than 8 million variations on genes (called SNPs or single nucleotide polymorphisms). They combined the genetic data with data from facial images, taken by state-of-the-art 3-D cameras. The images precisely plotted 27 points (on average) on each face. Scientists measured, for example, the jaw, lip size and the nasolabial fold (the line from the corners of your nose to the corners of your mouth).

The scientists determined a perceived age of the subjects in the photos — throwing out factors that might skew the results (age, sex, skin color and sun damage) — and found the "strongest genetic association" with the perceived facial age was with different variants of the MC1R gene. That finding was then tested against data from two other studies, which echoed that result.

It may sound a little trivial, all this talk of appearances. But the authors point out that perceived age — how old people think you are when they look at your face — is a good predictor of survival.

Numerous studies have examined the face as it ages for clues to health and longevity. A 2015 paper published in Cell Research found that looking at faces — albeit in a highly scientific way, as with the most recent study — is an accurate and legitimate way to predict general health. In fact, it's one of the most accurate predictors. "Facial features are more reliable aging biomarkers than blood profiles and can better reflect the general health status than chronological age," found the authors of that paper.

So how you appear as you age turns out to be a better indicator of your health than your actual age. What's more, a person not only can look younger than someone the same age; he or she can, physiologically speaking, be younger. Much younger. It's measurable.

"This suggests not only that youth is 'skin deep', but also that health is 'written' on the face," the authors of that 2015 paper concluded. "People of the same chronological age have different physiological ages that can differ on average by ± 6 years."

The new paper in Current Biology builds on the findings of that and other papers and finally pinpoints a genetic component to a puzzle with many pieces. And that's hugely important because, even if that beautiful face of yours says tons, we all know it goes much deeper than that.

NOW THAT'S INTERESTING
The software used in the study featured in Current Biology was pioneered by Atlanta-based 3dMD. For a basic, much less-accurate version, check out this Microsoft site, which scans a photo of a face and guesses age and gender. It launched last year and had 50 million users in the first week.

Prehistoric STDs Could Be the Reason Humans Became Monogamous 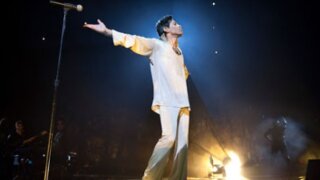 What if you never aged? 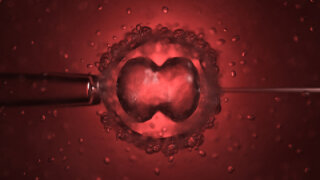