What can your spit tell you about your DNA? 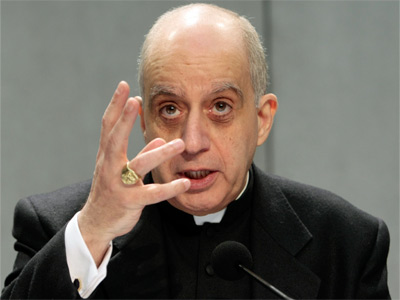 Monsignor Rino Fisichella, who heads the Pontifical Academy for Life, gestures during a press conference at the Vatican on Feb. 17, 2009. The Vatican is warning of the "relentless'' spread of a eugenics mentality with the advance of genetic testing.
­AP Photo/Andrew Medichini

­Some people char­acterize at-home genetic testing as a revolution in health care. Others are more cautious. A few are deeply troubled. Much of the concern centers on the uncertainty of results that come back from the testing companies.

Having a genetic marker for a disease is not a guarantee that a person will actually get that disease. Few conditions are purely genetic. Most have both inherited and environmental causes. Many cancers, for example, require a genetic predisposition, as well as an environmental trigger to set the disease in motion. As a result, consumers who make decisions based solely on the results of a genetic test may receive unnecessary treatment or make unnecessary lifestyle changes.

So before you spit into a cup and send it off for testing, you had better make sure you're fully prepared for all consequences, good and bad. Perhaps it's best to remember an old proverb that warns, "Don't spit into the well -- you might drink from it later."