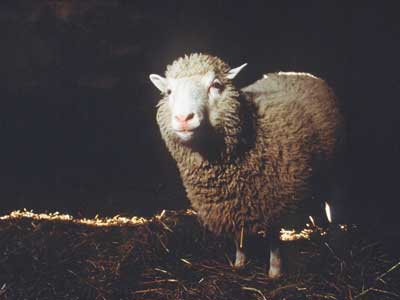 ­If we've learned nothing else from legend and fantasy, it's that quests for immortality generally don't turn out the way we hope. Whether it's a matter of mad science or dark sorcery, living forever often comes with its share of complications.

So far, studies suggest that more telomerase production can result in longer life and increased immune function. In theory, proper tinkering could prevent ageing or even turn back the clock, effectively creating cells that never reach the Hayflick limit. However, immortal cells are hardly a fountain of youth. For instance, sea birds known as Leach's storm petrel actually experience telomere growth as they grow older -- an unexplained anomaly in the animal kingdom [source: Yeoman]. The species certainly enjoys a long life for a small bird (up to 36 years), yet they still die.

On the human front, at least one human being possessed immortal cells -- and they were found in a tumor. In 1951, Henrietta Lacks went in for a routine biopsy in Baltimore, Md. While a portion of her tumor cells went to a lab for diagnosis, another was sent, without her authorization, to researchers at Johns Hopkins University Medical School [source: Highfield]. Lacks died of cervical cancer in 1951, but her cells live on in laboratories around the world. Called HeLa cells, they divide indefinitely. Before this discovery, cells used in laboratories always carried a shelf life linked to telomere shortening.

Why were these immortal cells found in a fatal tumor? While telomerase production decreases almost entirely in healthy adult cells, it increases in cancerous cells. In fact, 90 percent of human tumors exhibit more telomerase activity. Remember, cancer is essentially uncontrolled cellular replication. As older cells are most likely to turn cancerous, telomere shrinkage may have actually evolved as a means to repress tumor growth [source: Biever].

As you might expect, these facts complicate the notion of boosting telomerase production to stop ageing. In fact, some scientists propose decreasing telomerase production as a means of fighting cancer. In 2009, researchers at Stanford University School of Medicine pinpointed a protein called TCAB1 that controls the movement of telomerase. By blocking its expression in cancer cells, doctors may be able to let nature take its course on these out-of-control cells.

Scientifically speaking, there's a lot riding on telomere research, from ageing and cancer prevention to the future of cloning. Scientists all over the world continue to advance their research, even as their own telomeres steadily wear away.

Explore the links below to learn even more about genetics.