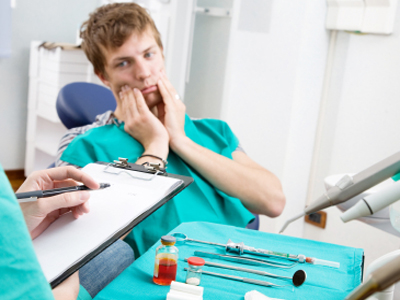 Your plan to pursue happiness has been derailed by a dental emergency. What a surprise.
©iStockphoto.com/Casarsa

It's happening again. Last night, you whipped your workload into shape after spending several extra hours at the office. You finished everything you had pending for the next day ahead of time to make room in your schedule for two hours at that massage place you heard about. You've done this before; there's an infinite amount of work to be done and a finite amount of time to do it. Shifting one day's work backward feels like a huge effort, but that massage -- and the happiness it would bring you -- seems worth the attempt.

The next day, you realize that you merely adjusted your schedule to handle an unforeseen crisis. It could be a broken tooth that requires an emergency trip to the dentist and an all-day, half-dazed recovery on your couch, which manages to put you behind at work. It could be a cracked and gushing radiator, a crippling series of overdrafts on your bank account or an unscheduled mandatory meeting you can't get out of. Does it really matter what it is? The universe, it seems, has a limitless supply of calamities to put before us.

Life easily can become a barely manageable sum of activities that not only lacks happiness, but, worse, lacks even unhappiness. Apathy becomes the baseline emotion, born out of a need to keep abreast of each successive obstacle and responsibility. Whatever happiness you do experience comes in uncontrolled doses that arrive as pleasant surprises, like a phone call from an old friend or a $20 bill found in your coat pocket.

To gain real happiness in our lives, it appears that we must make it ourselves. This is precisely what Gretchen Rubin, creator of The Happiness Project, realized one day in the back of a taxi. In the midst of her own hectic life as an attorney and law clerk for Supreme Court Justice Sandra Day O'Connor, Rubin experienced an epiphany as her vaguely stated everyday goals and her failure to achieve them coalesced into the understanding that she was wasting her life. At that moment in 2006, Rubin says, she realized two things: "I wasn't as happy as I could be, and my life wasn't going to change unless I made it change" [source: Rubin].

The next day, Rubin began her quest for achieving happiness, an undertaking she calls The Happiness Project. 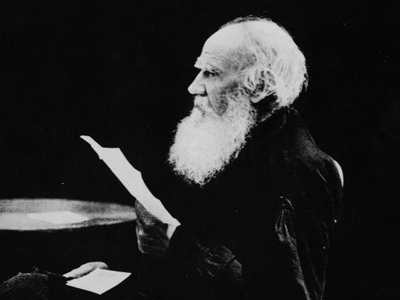 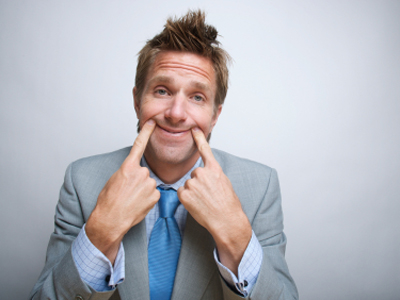 Ignoring our unhappiness in favor of a pursuit of nothing but happiness is harmful, say some psychologists.
©iStockphoto.com/PeskyMonkey

There's another famous quote about happiness from author Edith Wharton: "If only we'd stop trying to be happy, we'd have a pretty good time" [source: Wharton]. This raises an excellent question: In the pursuit of happiness, do we have a tendency to try too hard? Do we ignore the very real fact that some things in life are simply destined to make us unhappy?

Psychologists who accept unhappiness as a fact of life are concerned that this focus on happiness paints an incomplete picture of what it means to be a human being. Russ Harris, the author of "The Happiness Trap," points out that, despite modern culture's mechanisms of unhappiness and isolation (like overwork and those crises from the first page), we're obsessed with being happy. This obsession has led to several myths about happiness, like the ideas that "happiness is the natural state of human beings" and that "if you're not happy, you're defective" [source: Buhr].

These notions about the importance of happiness are not only harmful, say Harris and others; they also lead us away from truly understanding the concept. In the book "Against Happiness," author Eric G. Wilson argues that to "suffer melancholy is also to understand its polar opposite, joy" [source: Parker].

As it turns out, Happiness Project creator Gretchen Rubin agrees. She asserts that her experiment isn't a quest to eradicate unhappiness from her life. On the contrary, Rubin's found that The Happiness Project has made her more cognizant of the unhappiness she does feel. What's more, she now sees that gloom as a signal that attention must be paid to those parts of life that make us sad, angry or dissatisfied. "Feeling bad is a sign that it's time for action," she wrote in 2009 [source: Rubin]. Facing change can be a frightening experience, and humans seem to prefer immediate relative comfort over hard-fought happiness. Unhappiness pushes us into action, Rubin has concluded.

For more information on happiness and other related topics, visit the next page.