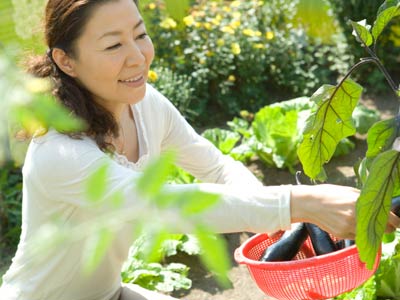 What does your smile say about your health? See more emotion pictures.
Indeed/Digital Vision/Getty Images

Most of us want, seek and wish for two things: happiness and good health (OK, OK, material wealth is up there too, but we'll get to that soon enough). For a long time, the two were viewed as being fairly independent of one another. We know that bad health makes us more likely to be unhappy, but we also know that we can be unhappy in our lives without suffering from any serious health concerns.

As far as money is concerned, studies have shown that money does increase happiness, but only up to a point. It seems that someone who is struggling below the poverty line will experience a sense of happiness as a result of joining the middle class, but someone who grows up in a middle-class household won't experience this same overall sense of contentment merely by being in the middle class. Nor, it seems, will a member of the middle class experience a similar increase in happiness by way of a bump up in lifestyle to the upper-middle class, or even into a life of luxury. It seems rappers are correct on this point: Mo' money, mo' problems. Additionally, studies of people living in Third World slums often report them being as happy as anyone else. And staking your happiness to your material status isn't such a hot long-term strategy, in case you haven't seen the faces on the trading floor after a day of heavy losses.

But there is one more relationship that needs to be examined: the effect of happiness on the human body. If we feel generally positive about life, does it actually improve our health? Does happiness affect the way we age, or does it prevent disease? And is happiness itself an indicator of longevity?

Happiness and Your Health: Smile for the Doctor

Happy people do seem to be healthier, and happiness itself may cause good health. In fact, happiness may be as important a factor in overall health as someone's smoking habits [source: Veenhoven]. Worried about heart disease and stroke? Happiness appears to make people more resistant to both conditions. Don't want to catch a cold this year? One study that exposed subjects to a cold virus found that people who considered themselves happy were less likely to get sick -- and expressed fewer symptoms even if they did contract the virus [source: Carnegie Mellon University]. Dealing with depression? Get thee to a doctor -- studies show that depressed adults are 60 percent more likely to have type 2 diabetes, possibly because the stress hormone cortisol raises blood sugar levels [source: Katz].

Even among poor people whose needs for food and shelter aren't adequately met, there's a connection between how happy people are and how healthy they are. One study of more than 150,000 adults showed a more important link between happiness and health than basic needs (food, water, shelter) and health [source: Lynch].

Interestingly, happiness also seems to extend life -- if you're already healthy, that is. Among unhealthy populations, it doesn't seem to affect longevity. Think of happiness as a plastic sofa guard for your health: It protects your couch but can't fix what's already wrong with it. For independent seniors who live alone or with family, happiness predicts a longer life; those living in nursing care facilities (as a likely result of failing health) don't show the same correlation [source: Potts]. With these results in mind, it looks like happiness may be a preventive measure, not an antidote.

How much control you have over your life and work also influences your happiness -- and your health. For instance, people with easy access to medical information tend to be happier patients than those who don't. Workers who have little control over their jobs, or little say in how the job is performed, report lower levels of happiness as well.

So what can you do to up your happiness level? Studies indicate that happiness can be "practiced" or enhanced through meditation [source: National Institutes of Health]. Additionally, experiences -- such as traveling -- make us happier in the long run than acquiring possessions [source: Gordon].

And it doesn't take too long for the results to kick in -- increasing your happiness can show result in positive changes in your health in as little as three years [source: Center for the Advancement of Health].