by Jacob Silverman
Prev NEXT
10

Live in a Happy Country 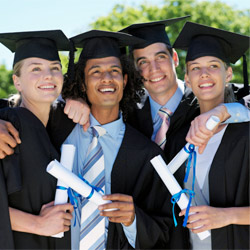 Sure living in a happy country can't hurt, but education also may make you more positive.
Stockbyte/Getty Images

Many different studies have examined happiness in various countries. These studies generally rely on extensive surveys of inhabitants and their stated level of happiness. One, the Happy Planet Index, considers happiness in tandem with a country's environmental impact and carbon footprint.

The Day Reconstruction Method asks subjects to rank activities they performed on an "enjoyment scale" [source: Stehr]. The survey aims to be more accurate than previous ones by soliciting opinions about people's daily lives immediately following the events in question, rather than taking a holistic, long-term view of their overall contentment. The U.N. Human Development Index uses a mixture of data about gross domestic product (GDP), education and health to produce a measure of a country's success.

Unfortunately, broad studies on societal happiness are notoriously fraught with problems. From the phrasing of questions to the weather on the day that a survey is performed (respondents are generally more upbeat on days that are literally sunnier), numerous variables can be difficult to account for.