by Jacob Silverman
Prev NEXT
4 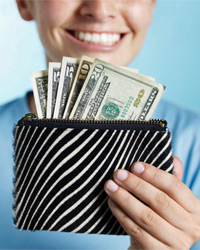 Money may not buy you love, but it might improve your happiness. If it doesn't, feel free to send some to us, and we'll let you know how it goes.
Influx Productions/Getty Images

The Easterlin Paradox states that richer people are usually happier than the poor. But as a whole, richer societies don't show much more happiness than poor ones, and a country's improved economic standing does not improve happiness.

The Easterlin Paradox grew out of studies by economist Richard Easterlin in the early 1970s. Easterlin found that a certain level of increased income boosted happiness among the poor -- but only to a certain degree. After that, the amount of money people made compared to their peers, or relative income, became more important in determining happiness than their individual income. In other words, people wanted what others had.

But at least one more recent study, which draws on numerous public opinion polls conducted all over the world, shows that people in richer countries do appear happier than those in poor ones. And isolated within a country, income level does seem to correlate with happiness. For example, a far larger portion of Americans earning $250,000 or more per year were happier than those making less than $30,000.

In challenging this discovery, some critics point to changes in how these questions are asked and also bring up that while people in some developing countries have become happier as income has improved, in other countries, happiness has not increased along with income [source: Leonhardt].

On the whole, wealth does seem to boost your chances for happiness, as does living in a wealthy country that can provide the services and security that often accompany affluence. But as this article shows, many other factors besides money, many of them subjective, determine personal happiness.