The Benefits of Talking About Yourself in the Third Person 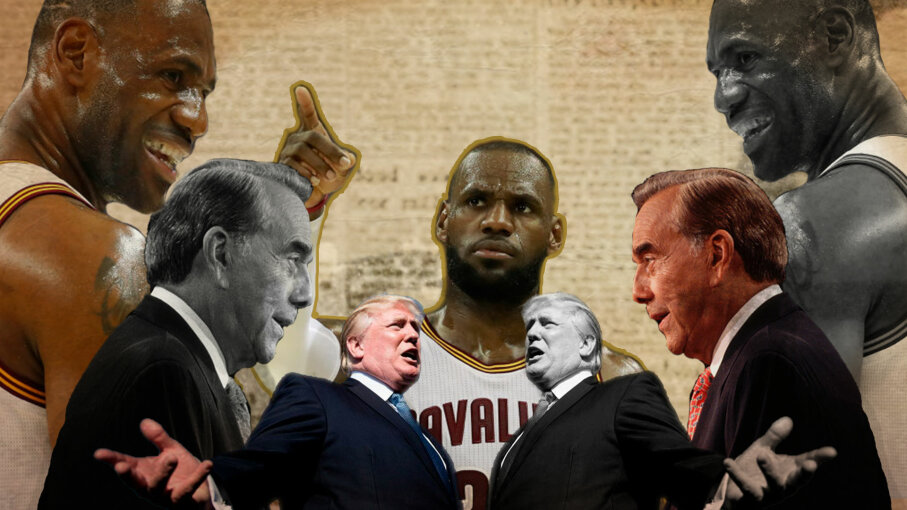 Talking about yourself in the third person may make you sound like an egomaniac but it can also boost your self confidence, studies show. HowStuffWorks/BRENDAN SMIALOWSKI/AFP/Getty Images/Wally McNamee/CORBIS/Gregory Shamus/Getty Images

In pop-culture parlance, it's known as "the Jimmy" -- the odd conversational quirk of referring to yourself in the third person, named after the "Seinfeld" character who bragged about his basketball skills as if he was his own biggest fan. "Oh yeah, Jimmy played pretty good."

Professional sports and politics are full of real-life Jimmys, outsized personalities with the offputting habit of talking about themselves by name. Senator Bob Dole was mocked relentlessly on "Saturday Night Live" for his Bob Dole-isms. LeBron James, defending his controversial move from his hometown Cleveland to the Miami Heat, famously said, "I wanted to do what was best for LeBron James... to make him happy."

The United States has a "Jimmy in Chief." President Donald Trump has repeatedly referred to himself as "Trump" or "Donald Trump" in debates, interviews, and of course, tweets. Dismissing the allegations of collusion with Russia in the 2016 presidential elections, Trump tweeted in 2017: "Perhaps Trump just ran a great campaign?"

Which prompted this reaction from author J.K. Rowling.

The real term for talking about yourself in the third person is illeism, and every armchair psychologist has a theory for why certain celebrities are rabid illeists. The easiest explanation is ego. Essentially, their ego gets so big and inflated that it takes on a life of its own. Same for narcissism. These folks love themselves so much that they need to address the object of their affection by name.

But the truth is that no substantial research has been done on the question of why some A-list athletes, actors and politicians can't keep their own name out of their mouth. Interestingly, though, there is convincing evidence that regular folks like you and me can actually boost our self-confidence through the simple trick of thinking of ourselves in the third person.

Ethan Kross is a psychology professor at the University of Michigan where he runs the Emotion and Self-Control Laboratory. Kross studies the ways in which people regulate their emotions, including the handy trick of psychological distancing, taking a step back from intense anger or pain to think about the situation as an objective outsider.

"What we've learned is that language provides people with a tool to distance themselves psychologically," says Kross, "including language that many people use spontaneously without even thinking about it."

Third-person Self-talk Is an Emotional Booster

It turns out that all of us, not just celebrities, engage in what Kross calls "third-person self-talk" when we need a little emotional or psychological boost. Maybe it happens at the gym when we feel like quitting with five minutes left on the elliptical. "Come on, Dave. Push through!" Or when we're trying to work up the nerve to ask our boss for a raise. "You deserve this, Dave!"

And it works. In his lab, Kross ran experiments comparing the performance of two groups in a stressful situation, one group that was prompted to psych itself up with "I" statements, and a second group which used "you" statements and their own name. When the participants were asked to give an extemporaneous speech in public -- a true stress bomb -- the Jimmy group came in with a healthier attitude, performed better and was less critical of itself afterward.

In a later study, Kross took fMRI brain scans of people engaged in first-person versus third-person self-talk. The scans revealed that "I"-centered thinking triggers the areas of the brain associated with "negative self-referential processes," while Jimmy-style thinking doesn't. In addition, third-person self-talk appears to bypass the cognitive or "effortful" parts of the brain. In other words, the positive effect is automatic.

"Compared to other [emotional regulation strategies], third-person self-talk might be a little bit easier for people to implement," says Kross, who recommends that everyone give it a try next time they're stressed or emotionally wrought. "The costs are minimal and the potential upshot is valuable."

Does all this mean that the LeBrons, Jimmys and Trumps of the world are talking about themselves in the third person because they are trying to establish psychological distance from stressful situations? Maybe, says Kross, but it's not something that he or anyone else has studied.

Interestingly, in the famous clip of LeBron James defending LeBron James, he also tells the interviewer, "What I didn't want to do was make an emotional decision." Maybe for James, the best way to distance himself emotionally and make an objective decision was to, as he put it, do what's best for LeBron James, not necessarily himself.

One important difference between the lab experiments and self-name-dropping is that the participants in Kross's study never spoke out loud. All of the self-talk was internal or written out on paper. So, there's still a strong possibility that celebrity self-talkers aren't emotionally enlightened, but like Jimmy, just jerks.

Now That's Cool
Soccer legend Pelé was a world-class Jimmy, but for an interesting reason. Born Edson Arantes, Pelé the person didn't identify with the global superstar that had crowds chanting his name. "Edson is the person who has the feelings, who has the family, who works hard, and Pelé is the idol," he told The Guardian. "Pelé doesn't die. Pelé will never die. Pelé is going to go on forever."