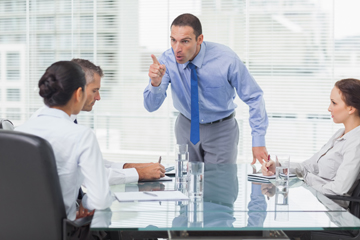 At 5 o'clock on a Friday afternoon, I followed my husband onto the deck outside the back door of our home. I'd been at a conference all week while he'd been taxiing our three younger children to soccer and swim clubs, helping with homework, cooking dinner, doing housework and moving our college-age daughter's belongings to off-campus housing.

He pointed to the railing. About a year ago, one of our giant Akitas had bounced off the boards, knocking them loose. For months, it had bothered me. Like a dripping faucet. Or a ticking clock in a quiet house.

And now he had fixed it. I was, truly, thrilled. But as I leaned over the railing to take a closer look, I saw it wasn't really at a 90-degree angle at the point where the deck attached to the house.

As soon as I uttered it, I wanted to hit the recall button. After all these months, here it was -- fixed -- and he'd managed to do it during a week that I know must have been overwhelming.

When it comes to criticizing something, and doing so without being a jerk, I'd just failed. Miserably. Fortunately, my husband ignored my snide comment and simply directed my attention to the gate latch he'd repaired, too.

Is there a better way, any way, to criticize? I once worked with an editor who was a master at using the "sandwich" method. She'd offer a compliment, level a criticism and then wrap up the conversation with another compliment. It was a cut-and-dried formula, but for her, quite effective. I was usually too busy soaking up the first compliment to think, "Here comes the bad news..." While this doesn't work for everyone -- it leads to some people forgetting the necessary criticism and others feeling the compliments are less than genuine -- it definitely worked for me.

Turns out, the success of a criticism lies in the delivery. Something those of use who dish it out, and those of who take it, have suspected for years. Now there's an emerging body of science to back it up. And, luckily, scores of really patient people -- like my husband -- who can handle poorly ladled comments in the meantime. 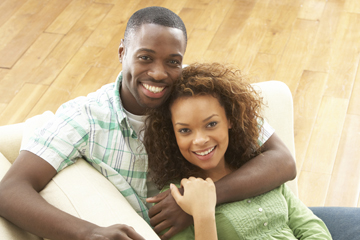 Researchers found out that happy couples gave each other on average 5 compliments for every criticism.
iStock/Thinkstock

You are a diplomatic criticizer. Constructive. Fair, for the most part. But, if you criticize too often, tact is irrelevant. There is a "magic ratio" in any relationship, and if the scale labeled "snarky comments" far outweighs the one labeled "compliments and encouragement," your criticism is definitely out of balance [source: Poulsen].

What exactly, is the magic balance that makes criticism more effective and less jerk-like? That's exactly what researchers sought to discover when they studied 60 leadership teams at a data-processing company. The effectiveness of the teams, measured by a metric of customer satisfaction ratings, feedback from other team members and financial performance, hinged on a ratio of positive-versus-negative comments and criticisms.

The top-performing teams all had one thing in common: For every criticism, the team's members volleyed at least five positive comments.

This ratio is as true for interpersonal relationships, such as marriage, as it is for professional relationships. Research that analyzed married couples success rates finds the largest indicator of whether a couple will stay wed is not religion, shared values or children. It's the ratio of criticism to compliments. Couples who make five positive comments for every negative comment are more likely to stick it out. And the couples who eventually divorce? The ratio was nearly equal: three positive comments for every four negative comments.

So is the goal to refrain from criticism? Absolutely not. It's an essential ingredient in achieving success in relationships, whether at home or at work. Criticism gets our attention. It shakes us out of complacency. It can even fuel our success.

But the behavior-changing elements of criticism are not enough to sustain. We need positive encouragement, too. It motivates us to continue on, work harder and try more. Criticism, it turns out, is just one side of the coin. We need a carrot and a stick. Or, more accurately, five carrots for every stick [source: Zenger and Folkman].

How to Criticize Without Being a Jerk

Your criticism is meant in the best possible way, as a way to show someone the light and the error of his ways. Before you can even begin to pat yourself on the back, however, the recipient of your grand advice is responding strangely.

Rather than a grateful demeanor and gentle tone, the object of your oh-so-valid point is glowering and, frankly, appears to be growling.

Perhaps it's time to review a few golden rules about criticizing others.

Set the tone: Rein your bull-in-a-china-shop-like tendencies and conjure up some phrases to help you ease into the topic. Good openers include "It seems to me ..." "I could be wrong, but ... " or "I'm sure you've already considered this ... "

Be empathetic: Do not be emotional. There's a huge difference. Emotions can be arrogant, blunt or patronizing. Empathy allows you to be compassionate. It helps you remember what it's like to be vulnerable or under what feels like a verbal attack, and will help you avoid doing the same to someone else.

Focus on facts: You have an opinion. And if you're in a position of authority -- whether in an interpersonal or professional relationship – you're accustomed to having that opinion matter. When you're lobbing criticism, however, it's more effective to focus on the facts behind your position. Instead of telling your subordinate, "I don't like this proposal," explain what information is missing.

Look to the future: Criticism can be framed in a positive light, especially if you're presenting it in a forward-looking way. So your employee made an error with the company's biggest client, one that has you eating your hat as a sign of regret. It's perfectly reasonable to talk about the process and where it broke down, but focus on how it can be improved next time. The best way to have this conversation? In person. If you can't do that, then pick up the phone or schedule an online conference call. Just don't deliver it by e-mail where it's nearly impossible to infer tone and attitude. The same goes for family issues. Don't criticize by text or social media where you'll likely end up in war of words [sources: Bonander, Poulsen].

Finally, ask yourself how important is this issue? If it is a personality quirk or mistake the person has made but already taken steps to correct, it might be better to just let it go.

Criticism in a Social (Media) World

It's a social media world, and we've become famous for over-sharing. And that includes criticizing others on the Internet. Of course, there's nothing wrong with offering constructive ideas. If you have an encounter with a company that prompts an idea for better customer service, tell them. But you're more likely to get a response to a complaint if you refrain from profanity and abuse [source: Harrison].

Author's Note: How do you criticize something without being a jerk?

Criticism can be hard to take. It can feel so personal, especially if it happens to be a touchy subject or a topic into which you've invested a lot of time and energy. In college, I took several conflict resolution courses and I still rely on the information today -- perhaps more than ever. One takeaway was that, even if the criticizer doesn't realize it, the point of criticism is often to gain compromise. And the most effective way to compromise is to figure out what the other person wants. And then help him get it. Putting someone else's needs before your own may seem counterintuitive, but it's often the fastest route to meeting your own.