Browse the article Is There a Link Between Gratitude and Happiness? 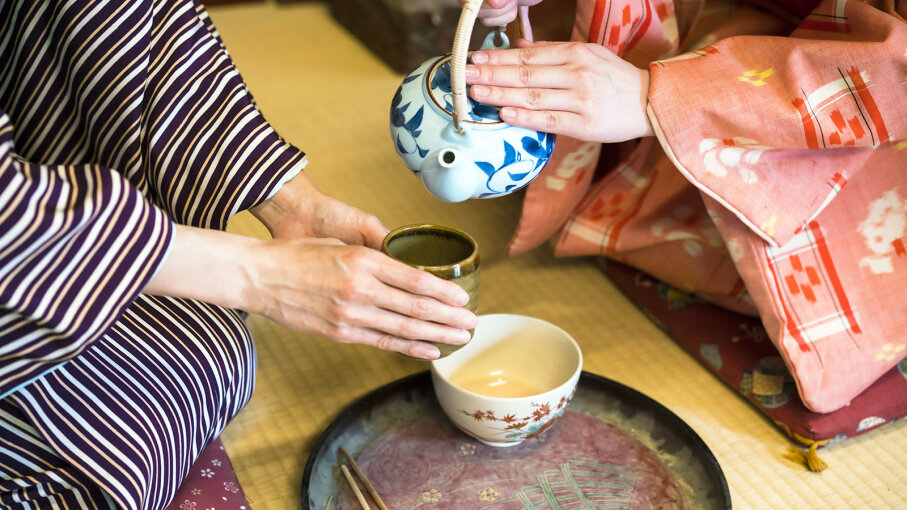 During a traditional Japanese tea ceremony, attendees must focus their words and actions on appreciating their surroundings, their company and the steaming green beverage they sip on.  DavorLovincic/Getty Images

The traditional Japanese tea ceremony is steeped in gratitude. According to the official tea ceremony etiquette, called the Chado or the Way of the Tea, attendees must focus their words and actions on appreciating their surroundings, their company and the steaming green beverage they sip on. This ancient protocol relates to the practice of kei, one of the four cornerstone Zen philosophies integrated in the ritual. Translated as "respect," kei embodies the expression of thankfulness: It requires partakers to bow to the ceremony host before drinking, admire the tea's earthy taste and compliment the beauty of their bowl or cup. Doing so reminds those at the ceremony of their connection to nature and other people.

Customary expressions of gratitude are common in virtually every human culture, and all major religions continually relate back to it. The transient emotion surfaces most often in response to receiving some kind of a gift, whether it's a tangible present from a friend or dodging a near-death situation by sheer chance. In its most basic form, gratitude is the byproduct of basic reciprocity. Similar to the brain's dopamine reward system, the positive emotion incentivizes cooperation and serves as a binding force in society.

As an affective reward, gratitude enriches the individual, in addition to the group. Just think about the range of positive emotions — such as hope, trust and relief — that arose the last time you felt truly grateful for something. According to a Gallup Poll Survey, 95 percent of people associate gratitude with being at least somewhat happy [source: Emmons and McCullough]. About half of us even feel extremely happy when gratitude washes over us.

But until recently, experts hadn't paid much attention to the psychology of gratitude and its impact on subjective well-being (a technical term for happiness). With the rise of positive psychology that hashes out what does and doesn't make people happy, the emotion is finally getting its due diligence. The related findings so far may elicit a little more gratefulness for gratitude.

Many Thanks for Gratitude 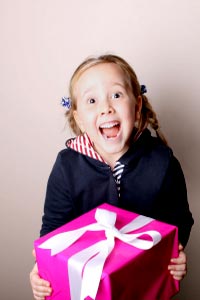 Psychologists break down gratitude into three phases: appreciation, goodwill and expression. Say someone gives you a ticket to see your favorite band. Initially, you'd probably react with appreciation for the unsolicited gift; the appreciation would breed a sense of goodwill toward the giver. Finally, you'd want to express your thanks in some way.

These characteristics of gratitude align closely with those of subjective well-being, aka happiness. You project a positive outlook onto a situation and exhibit sociability, likely strengthening the recipient-giver relationship. Due to this overlap, some psychologists have posited that gratitude is one of the keenest predictors of high subjective well-being.

To test this link, a six-item Gratitude Questionnaire rates participants' natural tendencies toward feeling and showing gratitude. People who scored high on the survey also ranked at the top of the pack on the Satisfaction With Life Survey, one of the most commonly used polls for evaluating happiness [source: Watkins].

It's understandable that gratitude and happiness are intersecting affective states, given their similar set of positive features. Yet, what's more intriguing is the impact of gratitude on one's subjective well-being; people on the lower end of the happiness scale can benefit from practicing gratitude. In a 10-week study comparing participants who kept a daily log of things they felt grateful for and those who didn't, members of the gratitude group demonstrated a 25 percent lift in happiness [source: Emmons]. Follow-up studies also found that people who regularly recorded sources of gratitude exercised more per week and achieved more goals [source: Emmons].

Gratitude may have positive long-term effects, but it doesn't come easy for everyone. A study at George Mason University concluded that men may have more difficulty grappling with gratitude. Some men feel burdened when they receive gifts, rather than accepting them as unconditional favors [source: George Mason University]. Furthermore, gratitude demands a certain degree of emotional openness and vulnerability that some people find uncomfortable. Therefore, it may take time to grow accustomed to intentionally recognizing facets of life that we shouldn't take for granted [source: Aaronson].

Research continually illustrates that practicing gratitude pays off in spades. Human emotions are highly adaptable, which can preserve our spirits during rough times and also numb us to happiness. Gratitude, however, refreshes our appreciation for good fortunes that may otherwise fall by the wayside in the daily grind. That, in effect, reinvigorates happiness.

Thanksgiving may only come once a year, but you'll thank your lucky stars if you learn to count your blessings every day.