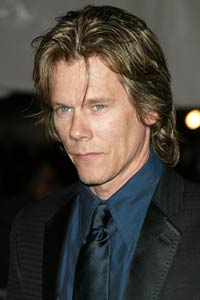 Smile, Kevin Bacon! The happiness of your social network depends upon it!
Evan Agostini/Getty Images

After actor Kevin Bacon commented in an interview that he had worked with everyone in Hollywood, or at least with someone who had worked with the people he hadn't, college students began playing the game "Six Degrees of Kevin Bacon." To win this game, you connect an actor back to Kevin Bacon using as few links as possible; links are found via the actor's and Kevin Bacon's mutual co-stars. Let's use Marilyn Monroe as an example: Marilyn Monroe was in 1961's "The Misfits" with Eli Wallach, who appeared in 2003's "Mystic River" with Kevin Bacon. Due to Mr. Bacon's extensive career, it's possible to do almost any actor within six links, though most examples require far fewer than that.

According to a study published in 2008, however, Kevin Bacon's real influence would be felt in his own neighborhood. If Kevin Bacon experienced a joyous event, such as winning an award for his acting, the happiness would radiate outward, infecting his co-workers, friends, neighbors and even the guy at his local coffee shop. What's more, the friends of those people would all become happier, as would the friends of those people. Just by the virtue of Kevin Bacon winning an award, people separated from him by three degrees have the potential to become happier as well.

That's because the 2008 study, conducted by Nicholas Christakis, a physician at Harvard Medical School, and James H. Fowler, an associate professor of political science at the University of California, San Diego, puts forth the idea that happiness is contagious in social networks. Christakis and Fowler are making quite a career out of finding phenomena infectious; they have previously posited that obesity and the likelihood of quitting smoking are also contagious.

How happy would you be if your paycheck had an extra $5,000 in it? According to Christakis and Fowler, that $5,000 wouldn't make you as happy as you'd be if your friend's friend's friend had a great day [source: Belluck]. Read on to find how to catch this joy. 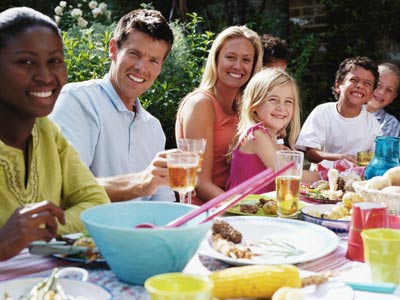 Since World War II, the residents of Framingham, Mass., and their descendants have been tracked as part of a project on cardiovascular disease. For their paper, Nicholas Christakis and James H. Fowler followed almost 5,000 subjects of the Framingham study for 20 years. Participants were asked to provide a list of their relatives, close friends, neighbors and co-workers, which gave Christakis and Fowler about 50,000 social ties to work with. The subjects were asked to fill out a form on how often they experienced certain feelings, such as happiness or hope for the future.

Christakis and Fowler found that people we don't even know have an impact on our emotional state. If a friend of a friend is happy, then our chances of happiness leap 10 percent, while an extra $5,000 is only good for a possible 2 percent increase in happiness [source: Park]. The influence seems to stop after three degrees, however, and you're far more likely to experience a bump in happiness when a dear friend in close proximity becomes happy.

A good friend that lives half a mile away had the potential to boost happiness by 42 percent, but if the friend lived two miles away, the effect was halved [source: Belluck]. A cheerful next-door neighbor, however, might provide a 34 percent increase in happiness [source: Callaway]. Clearly, distance is a key factor, but gender may be as well. A joyful spouse only increased happiness by about 8 percent, seeming to indicate that we take our emotional cues from people of the same gender. The happiness doesn't stick around forever, though; it seems to have a shelf life of one year [source: Harvard Medical School]. The one place where happiness doesn't seem to spread, however, is in the workplace, perhaps because one person's promotion means that another person was passed over.

Not everyone buys into these results, however. On the same day that Christakis and Fowler's work was made available, Ethan Cohen-Cole and Jason Fletcher published a paper that used the same data set to demonstrate that height, headaches and acne were also contagious. This second paper warns against confusing correlation with causation. Still, it's worth considering the people you allow in your social network -- they may influence you in ways you're not even aware of.

As the people of Framingham continue to fight outbreaks of happiness and headaches, you can read more about happiness on the next page.

Can you catch a sneeze like you can a yawn?
What does the 'pursuit of happiness' mean in the Declaration of Independence?
People Who Photograph Their Experiences Enjoy Them More