Browse the article Are kids happier than adults? 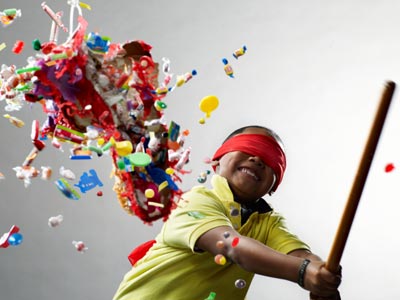 Is this how you remember childhood -- all smiles and confetti?
Ryan McVay/Lifesize/Getty Images

From an adult's point of view, kids have it made. What do they have to be stressed out about? Pre-adolescent children spend their days playing and goofing off, all of their needs are provided for, and they don't have to worry about jobs, responsibilities or taking care of kids. Pretty sweet deal, right? Who wouldn't be jumping for joy?

But from a child's perspective, a bad day is still a bad day, and it feels just as bad as an adult's bad day. Think about all your worries for a moment. Are they any less real or stressful just because someone out there you don't know has even bigger problems that you don't have to worry about?

It is true, however, that we feel different levels of happiness at different times in our lives. In the United States, we tend to get happier as we age. Happiness takes a dip in adolescence, and on average we are happier at 25 than we are at 18 [source: United Press International].

Measuring happiness depends greatly on self-assessments for adults, and in children -- especially young children -- parents' assessments of their children's happiness are also factored in. This makes an inexact science even more inexact. Kids may have all kinds of reasons not to be forthright about how they're feeling, and surveys are likely to be skewed toward how a kid feels that day -- especially if it's report-card day. Parents, too, aren't always in the loop about their kids' feelings, or may have reasons of their own for over-reporting their children's level of happiness.

Studies indicate that the very act of raising children makes you less happy than your childless peers, and that parents become happier when their children have grown up and left the home, so it may be the case that children are happier because they have sucked it straight out of their parents. And no wonder: It can cost around $240,000 to get a kid from the nursery out of your house, and that's not even including the price of higher education [source: Newsweek].

We'll look at some different factors that may make a difference in the happiness levels of children and adults, starting first with a topic more associated with the young: fun.

The Importance of Fun

When it comes to having fun, kids have the advantage over adults. While most adults would like to have a good time, the desire is often tempered by a competing need to get ahead in life or to get things done. How many times have you skipped a social outing in order to whittle away at your workload? If you've spent time around a kid hooked into a video game with a "to do" list of parent-provided chores collecting dust nearby, you'll realize ambivalence about the importance of fun is largely an adult dilemma.

The daily lives of adults and children are quite different. While an adult's day is largely filled with tasks, responsibilities and the acquisition of resources, a kid's life in a privileged country is generally structured around having fun, or being educated in fun or interesting ways. While play is viewed as a necessary component of childhood, it's perceived as a luxury for adults. And as hard as we try to make sure our kids are having fun, they may be even happier when provided less structure or forced stimulation.

However, not all kids are the same, and plenty of kids are burdened by school or home responsibilities, or may be withdrawn and depressed. These kids are less likely to feel an overall sense of happiness than kids brimming with love, zest and hope, character traits associated with happiness in children [source: Park].

A link has been found between access to entertainment and amusement activities and children's health [source: Rogers]. Kids who live in areas with a greater number of parks, public performances and leisure-activity providers tend to be healthier -- and happier -- than kids in the boring town next door. 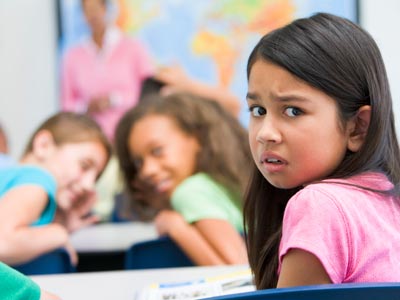 Let's face it: When you try to keep up with the activity level of a kid, you quickly begin looking and acting your advanced age. Most kids have no shortage of energy -- or ideas of how to expend that energy loudly and dangerously. However, there is no shortage of sedentary activities and distractions vying for children's attention, such as television, the Internet and video games. Children should get at least an hour of exercise every day. Exercise helps kids alleviate stress, get fit and sleep better at night, not to mention the positive effect it has on self-esteem.

As we age, our priorities shift. It might be great to run circles in the yard for hours on end with a pirate costume on, but by the time you hit puberty, that doesn't sound like a good idea anymore. In fact, the entire notion of imaginative play seems to go out the window with puberty, and most thoughts are concerned with saving face, impressing members of the opposite sex and dominating (or at least peacefully coexisting with) peers.

We may still play sports in middle and high school (helping us achieve our primary goals of reputation and romance), but most of us aren't going pro when we leave high school, and organized athletics aren't usually a fixture in an adult's life. While a kid pursues a ball across a field, young adults consume most of their time pursuing either a career, a significant other, an active social life or a college degree (and sometimes all of the above).

Around one in six children and teens are overweight [source: CDC Foundation]. While there have been correlations made between being overweight and feeling less happy (perhaps as a result of teasing, social isolation and athletic exclusion), one study found that kids who consumed lots of fast food and soft drinks had a higher risk of being overweight, but a lower risk of feeling unhappy [source: Chang]. How that fits into the larger picture of childhood obesity has yet to be seen.

And while physical health and well-being are important to happiness, mental and emotional health issues can weigh heavily on children's happiness, especially when left untreated. Around 20 percent of American children are estimated to have an identifiable mental health disorder that requires treatment, from anxiety disorders and depression to schizophrenia and ADHD [source: Substance Abuse and Mental Health Services Administration].

Want more on the road to happiness? There are more HowStuffWorks articles you'll like on the next page.