Browse the article Does smiling make you happy? 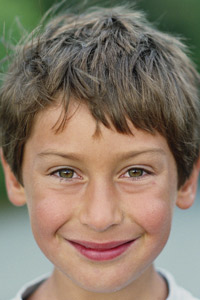 It's easy to tell if a smile is genuine: It's all in the eyes.
Image courtesy of Energy Star

Smiling doesn't seem like a particularly complicated act: You feel a happy emotion, the corners of your mouth turn up, your cheeks lift and your eyes crinkle. The overall effect tells the outside world that you're feeling happy on the inside. It's simple and, in most cases, totally spontaneous. We typically smile without making a concerted effort to do so.

In fact, most people are turned off by the appearance of a smile that takes effort, because so often it's obvious it's fake. It's not hard to detect a fake smile -- it usually involves only the mouth, not the eyes. The appearance of a genuine smile, one involving specific changes in the eyes in addition to the mouth (notably a crinkling of "crow's feet" and a downturn of the outer points of the eyes) is called a Duchenne smile, after the neurologist Guillaume Duchenne. Back in 1862 he identified the facial muscles involved in spontaneous smiling [source: Lienhard].

Awkward appearance aside, research performed over the past few decades suggests there could actually be a benefit to producing a fake smile. According to many experts, smiling may not only be an outward manifestation of a happy feeling. It may actually be able to cause a happy feeling. It's the exact opposite of how most people see the smile-happiness connection, but with a growing body of evidence supporting the effect, it seems there may be something to it.

But does that mean you can just turn off every bad feeling by faking a smile? Could you be a truly, permanently happy person if you master the look?

In this article, we'll look at the evidence for smiles causing happiness, see how significant the effect is and find out if there are other facial expressions that can trigger the emotions they're supposed to reflect.

In the 1970s and 1980s, quite a few psychologists got in on the smile-research action, with surprisingly consistent results. 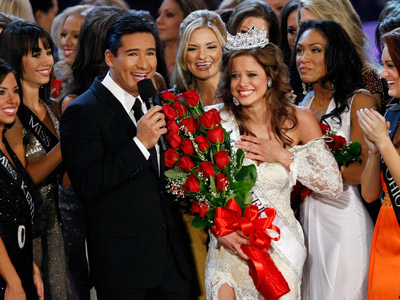 The losing Miss America contestants probably aren't getting much of an emotional boost from their artificial smiles.
Ethan Miller/Getty Images

In 1989, a psychologist named Robert Zajonc published one of the most significant studies on the emotional effect of producing a smile.

His subjects repeated vowel sounds that forced their faces into various expressions. To mimic some of the characteristics of a smile, they made the long "e" sound, which stretches the corners of the mouth outward. Other vowel sounds were also tested, including the long "u," which forces the mouth into a pouty expression.

Subjects reported feeling good after making the long "e" sound, and feeling bad after the long "u."

Other studies reported similar results. One had subjects make the positive and negative expressions by holding a pen in their mouths, either protruding outward for a pout or held lengthwise in the teeth to make a smile. In another, researchers had subjects mimic each physiological trait of a smile until their faces were in a full Duchenne expression.

The evidence all points toward smiling as a cause of happy feelings. Subjects were asked questions that pinpointed their emotional state before and after smiling, and they overwhelmingly scored happier after smiling. In the study involving the mirror, subjects who watched themselves smile saw an even more pronounced change in mood than those who smiled without the mirror, and the subjects who merely looked at pictures didn't experience that change at all.

Those researchers hypothesized that self-consciousness is a factor in the effect -- that introspective people might experience a greater smile-related mood lift than those who are less aware of their feelings. Thus the mirror-related boost. But what about the difference between those who looked at pictures and those who created the expressions? Why would the people who put their faces into a smile feel happier afterward?

Most other studies on the topic note the cause-and-effect relationship without having a definitive explanation for it. The reason why Dr. Zajonc's research is so significant in the field is because he proposes a detailed, physiology-based explanation for the cause-and-effect relationship. According to his hypothesis, the facial changes involved in smiling have direct effects on certain brain activities associated with happiness.

Explanations for Why Smiling Causes Happiness 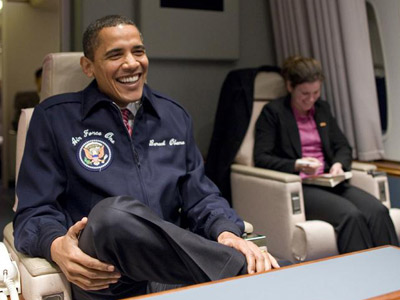 While lots of research on smiles triggering happiness was performed in the last half-century, that spurt of interest was actually a renewed interest in the topic. The theory goes back to Darwin, who proposed in the 19th century that facial expressions didn't only reflect emotions, but also caused them.

A lack of good evidence for how that happened put the theory on the back burner for many years. But in the 1980s, some interesting studies on the physiology of smiling brought it back into the consciousness of the psychology field. One study found that when subjects contorted their faces to indicate fear, their body temperatures increased and their pulses sped up. Dr. Zajonc's research took this observation further, into a full-fledged proposal for why a smile might trigger happiness. It basically goes like this:

When the temperature of any body part changes, the chemical activities connected with that area also change. Therefore, when facial muscles are activated in an expression, the biochemical processes associated with those areas of the face are altered according to their temperature change. And research suggests that a cooler brain creates good emotions, while a warmer brain produces negative emotions [source: Goleman].

Zajonc points to the part of the body called the internal carotid artery, which is the "pipe" that delivers the majority of blood to the brain. This artery flows through an opening called the cavernous sinus, which contains lots of facial veins. When someone smiles, causing certain facial muscles to stretch and tighten, veins are constricted. This would cut down on the blood flowing to the cavernous sinus, which in turn would reduce the amount of blood flowing through the carotid artery to the brain. Less blood volume means the temperature of that blood drops.

When that cooler blood gets to the brain, brain temperature would drop, too, triggering a happy feeling. The theory works in reverse, too: Zajonc says that when the muscles involved in a frown tighten, the result is increased blood flow to the cavernous sinus and, by extension, a warmer brain.

So, if Zajonc is right -- and not everybody thinks he is, but it's an interesting possibility -- does that mean you could avoid sadness for the rest of your life by faking a smile?

Definitely not. Even proponents of the theory don't suggest that smiling can make unhappiness go away. The theory basically states that in a state of emotional neutrality, putting a smile on your face can tip you in the direction of a positive feeling.

So don't walk into a funeral and make everybody smile as big as they can. You'll look insensitive, and it probably won't make anyone feel any better.

For more information on smiling and emotion, look over the links on the next page.