Can the sun make me happy?

Browse the article Can the sun make me happy? 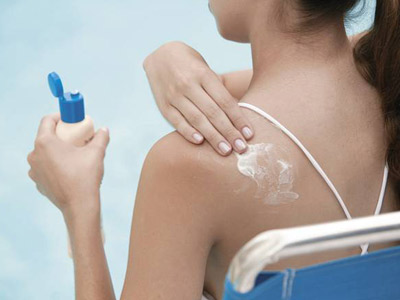 Wait -- could slathering on the sunscreen actually make you less healthy?
Image courtesy of U.S. Department of Veterans Affairs

We've been hearing about the evils of sun exposure practically from birth. It causes not only premature skin aging and sun spots, but also a much more formidable foe: skin cancer. With the dire warnings in mind, most of us apply sunscreen every day and seek out shade when we're outdoors, lest our skin come into contact with the sun's harmful UV rays.

As it turns out, there's another side to the story. Sun exposure isn't all bad. In fact, it's mostly good.

That's right: Sun exposure is good for you. After decades of avoiding it, researchers are finding that we may have been doing more harm than good.

It's a shock to the system, for sure, but the evidence is substantial. A chronic lack of sun exposure has been linked to fertility problems, several forms of cancer, general poor health and varying degrees of depression. People actually get depressed, with symptoms like sadness, fatigue and hopelessness -- from a lack of sunlight.

The form of depression most often associated with variations in sunlight is seasonal affective disorder (SAD). The disorder runs in cycles of depression and wellness that follow the seasons -- more specifically, the availability of sunlight. Someone with SAD might feel perfectly fine in spring and summer, and then experience a severe downturn in mood when fall hits. They'll stay that way through the winter, until the sun comes out again in full force. SAD is particularly prevalent in parts of the world with little winter daylight and/or extended overcast periods, like Alaska or the U.S. Northwest. In this article, we'll find out why sunlight exposure can affect your emotional well-being and how you can safely use the sun to benefit your mood.

As it turns out, humans aren't quite as removed from their natural instincts as some believe.

Ups and Downs of Light 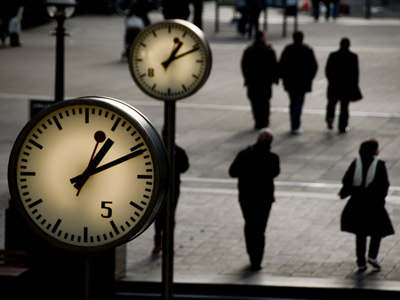 Lack of sunlight has a profound effect on most people's mood.
©iStockphoto.com/naes

Most animals are sensitive to light. Their biological processes are profoundly affected, sometimes even controlled, by the cycles of sunlight and darkness that characterize day and night. These relationships are called circadian rhythms, and they help maintain cycles like sleep and wakefulness and are connected with seasonal fertility in "lower" animals.

In humans, the connection between light and biology is somewhat looser. People don't typically mate seasonally, for instance -- although conception peaks in Finland in the summer months, when the sun shines for up to 20 hours a day, so there's still a connection there [source: Brody]. And as for sleep patterns, while most people sleep at night and are active in the day, there are plenty of people who reverse that to work the graveyard shift.

But evidence shows that those graveyard shifters may be suffering from the reversal in unexpected ways. One area where humans may not be able to escape the sun's biological effects is on their moods. It all comes down to a complex relationship among sunlight, melatonin and serotonin that we're only just starting to understand.

Melatonin is a hormone that controls sleep, and serotonin in a neurotransmitter that is tied to states of wakefulness and being in a "good mood." Serotonin is the chemical targeted by a class of anti-depressants called SSRIs, which keep higher levels of serotonin in the bloodstream to help elevate mood.

The web connecting sunlight, melatonin and serotonin goes something like this: When the sun comes up again, and sunlight hits the optic nerve, some of that light is sent to the gland in the brain in charge of melatonin. In response, melatonin secretion decreases. When the sun goes down, the body increases its secretion of melatonin.

At the same time, when the body perceives sunlight, serotonin levels increase. And the more sunlight the human body is exposed to, the more serotonin the brain produces [source: ScienceBlog]. So in effect, melatonin and serotonin have an inverse-proportional relationship that is guided by the body's perception of sunlight. The overall effect is "downtime" at night and "uptime" during the day.

There's another factor involved in sunlight's affect on mood, though: vitamin D. The body actually creates its supply of vitamin D from the sun's ultraviolet rays hitting the skin, and high levels of vitamin help the body maintain high levels of serotonin [source: Collinge].

So what does this mean for the daily sunscreen routine? Are we bringing on sadness by protecting our skin from UV light? 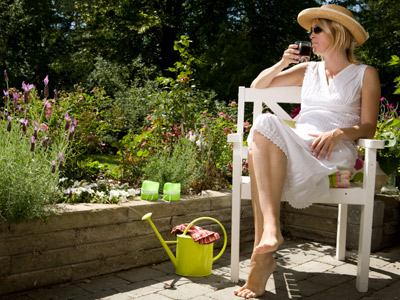 Soaking up sun in small doses helps keep you happy and may even improve your health.
©iStockphoto.com/Bliz

When health-conscious people apply sunscreen regularly to all exposed skin before heading outside, they may actually be doing more harm than good.

People who suffer from seasonal affective disorder are most likely missing out on the visible part of the sun's light spectrum. That's the part that communicates with the brain via the eye, affecting melatonin and serotonin rhythms. In those cases, exposure to full-spectrum sunlight -- even artificial sunlight -- can help to elevate mood [source: Brody]. That's the basis of phototherapy for depressed patients with SAD. Sunscreen isn't necessarily a problem in that regard.

But a lack of exposure to the ultraviolet part of the spectrum -- the light rays that are blocked by sunblock on the skin -- could be helping to keep the depression cycle in business. If you're never in the sun without UV-blocking sunscreen, your body probably isn't producing enough vitamin D. And research shows that loading up on vitamin-D-producing sun exposure in bright summer months can help maintain high serotonin levels through dark winter months [source: Collinge].

And what if you don't suffer from severe winter depression? Does that mean you should feel fine about getting all of your light exposure from incandescent or fluorescent bulbs? Probably not. Too much exposure to limited-spectrum indoor lighting, and the related under exposure to full-spectrum light, has been connected with problems like fatigue, reduced immune function and possibly fertility issues [source: Brody]. What's more, vitamin D deficiency may increase your risk of getting certain types of cancers, including prostate, colon and, believe it or not, skin [source: USA Today].

So do we throw out everything we know about the evils of sunlight and go bake in the sun to our hearts' content?

As with everything else, moderation is key. First, to help your circadian rhythms stay in tune, get all of the sunscreen-protected sunlight you want, and make sure you open the blinds when you're stuck inside. To keep up your supply of vitamin D, aim for about 15 minutes of unprotected sun exposure three times a week [source: USA Today].

For more information on sunlight, circadian rhythms, happiness and related topics, look over the links on the next page.