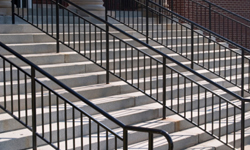 Robin Jenks Vanderlip had never been to Russia or even a Soviet territory before. She didn't even live on the side of the U.S. that's closest to Russia; the resident of McLean, Va., spent her life on the Eastern seaboard. Yet two days after she fell on a staircase and hit her head, she awoke and found herself unable to speak. When she did slowly regain her ability to speak once more, she found she'd developed what sounds like a Russian accent, with /th/ sounds replaced with /d/, for example.

Vanderlip is one of about 60 people in the world to be diagnosed with Foreign Accent Syndrome, a rare disorder arising from brain damage, such as physical trauma or stroke [source: Schulte]. In the rarest cases, no underlying cause is found.

Although it sounds like an identifiable foreign accent, FAS sufferers haven't actually developed one; instead, the brain's speech centers change the way that the patient forms words. What's most amazing about the little-understood FAS is that the words are incorrectly formed in a predictable pattern that resembles existing global accents, even if the person hasn't encountered such an accent before [source: FAS Support]. Makes one wonder why we have accents in the first place.