by Josh Clark
Prev NEXT
7 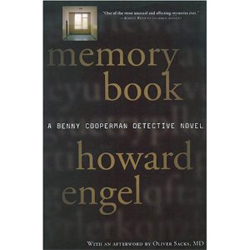 Howard Engel wrote this book after he suffered a stroke that left his brain incapable of reading English.
Courtesy Amazon.com

When the Canadian novelist Howard Engel suffered a stroke in 2001, he thought, "Well I'm done as a writer. I'm finished" [source: Krulwich]. This was a sensible thing to think since he realized that one of the main symptoms of his stroke was to have wiped out his ability to recognize printed English, which he used to write his novels. Instead, it looked like gibberish in some foreign language, like Korean. None of the words or even letters made sense any longer.

But, astoundingly, Engel soon figured out a way to continue to write, despite his inability to make sense of the words. He transferred provenance of his writing from his visual memory to his motor memory. A word would be identified for him and he would trace the letters again and again, using repetition to form the motor memory of what motions created the letters that spelled the word. He found that he could solidify these memories by tracing the words along the roof of his mouth with the tip of his tongue.

When he's exposed to writing, he can trace the shapes in his mouth, which unlocks the motor memory and tells him what words he's looking at. Conversely, when Engel needs to write a word for one of his novels, he draws the word from memory and can recreate it.