by Molly Edmonds
Prev NEXT
2

Whodunit and Other Questions of Memory 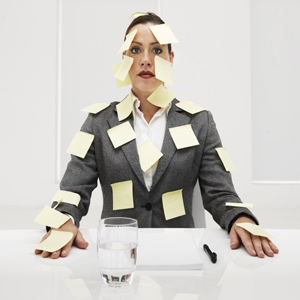 This detective writes down all her clues so she won't forget them.
Henrik Sorensen/Stone/Getty Images

In the 2004 film "Eternal Sunshine of the Spotless Mind," the characters played by Jim Carrey and Kate Winslet undergo a process to erase all memories of their relationship from their minds. The film uses a variety of methods to show how the memories disintegrate and disappear, and it becomes a race against time when Carrey's character decides he doesn't want to complete the process. He tries to protect his memories about Winslet's character by hiding them in unrelated memories.

Good luck, Jim. Not even scientists are completely sure how memories are formed, how we retrieve them or how they disappear. There are many types of memory; we humans are pack rats who file away information ranging from how to make our grandmother's favorite pie to how to solve algebra equations. But which things does the brain decide to save? Where does it put this information, and why can't we get to some of that information when we really want it?

Scientists have been able to pinpoint where certain types of memory are stored. They've also discovered how neurons fire and synapses are strengthened when storing these memories. But they don't know exactly what goes into that neuron to store the memory, or how to dissolve that synaptic connection if you want to forget something. In September 2008, new clues about memory emerged that may eventually help us crack this cold case. In one study, researchers found that the neurons activated in the recall of a memory are likely the ones that fired when the event originally occurred [source: Carey]. So when you talk about reliving old memories, you actually are, because the brain is doing the exact same thing it did the first time.

But what if there wasn't a first time? One of the problems of getting to the bottom of memory is that it seems to play tricks on the brain sometimes. For example, we often create false memories. On July 7, 2005, London experienced a series of bombings. A follow-up study found that four out of 10 people have false memories of the event because they claimed to have seen nonexistent television footage [source: Randerson]. If we're storing things that are unreliable, does memory serve any purpose at all? According to thinkers as ancient as Aristotle, we might only need memories as a way to predict and anticipate the future [source: Eagleman].

The question of what we've experienced and how we experienced it is leading into our next unsolved brain mystery -- the age-old question of consciousness. Read more about this riddle of the brain on the next page.