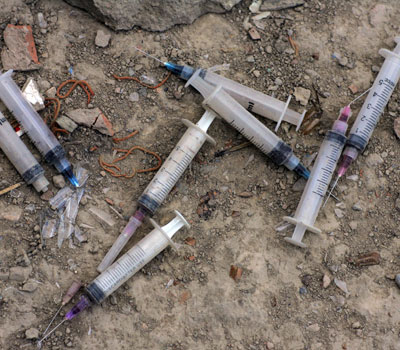 Used needles litter the ground outside an abandoned building where many addicts live in Kabul, Afghanistan.
Photo Paula Bronstein/Getty Images

Different substances produce different levels of highs, hangovers, addictions and cravings. Some will produce few physical withdrawals but strong cravings. Others can do just the opposite. Some addiction researchers have concluded that psychological dependence is the more extreme of the two, as it has more widespread consequences for both the person (by destroying personal relationships) and society at large (through crime committed to get drugs).

There are a wide variety of substances that a person can become addicted to. In 21st-century America, some of the worst and most often used drugs are:

In the next section, we'll learn what science is doing to fight addiction.