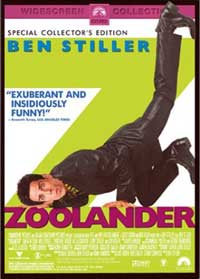 Cultural factors, such as a societal premium on image and beauty, may contribute to BDD. Muscle dysmorphia is an example of this theory. Proponents believe perceived social pressures on men to be big and buff -- through means such as advertising and the media -- could cause a man to develop BDD. He might obsess about his size and begin to exercise excessively to emulate the so-called perfect bodies of some models and celebrities.

Researchers are discussing the possible links between pop culture and the prevalence of people with BDD resorting to cosmetic surgeries and treatments for relief. This theory is easy to spot; one only need glance at the local grocery store's magazine rack and view which tabloids feature the latest celebrities to go under the knife. Many people with BDD aren't even seeking to look as glamorous as those celebrities; they just want to resemble what they deem as normal.

However, procedures like plastic surgery do not address the root of the problem. Patients with BDD rarely report being satisfied with the results and may become obsessed, depressed or suicidal after procedures, or they may simply shift their obsession to another part of their body. Some may become violent or threaten legal action against their physicians and surgeons. In some instances, obsession turns into anxiety that the perceived defect will return.

Critics of these socio-cultural theories point out that BDD was documented long before mass media reached such pervasive levels and say researchers should look to other causes of BDD development. Dr. Katharine Phillips, one of the leading experts of the disorder, told The New York Times that researchers have documented patients with BDD as far back as the late 1800s [source: Wartik].

Other possible inducements of BDD could be childhood trauma, abuse or neglect. Researchers are attempting to determine whether frequent instances of abuse or neglect as children -- especially emotional neglect -- could be linked to the development of BDD. In one study, 78 percent of participants reported some type of maltreatment during their childhoods (although the study didn't determine whether the maltreatment occurred prior to the onset of BDD). Forty percent of respondents said the maltreatment was severe [source: Didie].

In some personal accounts, people who have reached a level of recovery in their battles against BDD believe that childhood traumas damaged their self-confidence and personal identities, contributing to their development of BDD. These traumas might include feelings of abandonment, victimization or depression over the death of a loved one.

Now that we know what it is like to have BDD and the factors that influence the disorder's development, let's look at the ways it can be treated.

BDD is classified as a somatoform disorder, a category characterized to include "those where the symptoms suggest a medical condition, but where no medical condition can be found by a physician" [source: AllPsych.com].