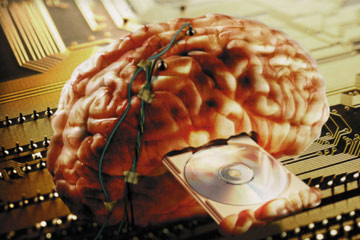 Computers do many things very well. They can perform complex calculations, and the fastest computers can crunch trillions of numbers each second. Humans make calculations in a way similar to digital computers. The human prefrontal cortex and basal ganglia appear to have two states similar to the binary systems in a computer [source: Science Daily].

Computers are also good at storing and retrieving information. Assuming the computer and its components remain undamaged and uncorrupted, you should be able to retrieve information years after storing it in a computer with no loss of data. Computers don't forget facts or exaggerate.

But computers aren't good at everything. While it's true that the supercomputer Deep Blue defeated chess master Garry Kasparov in a 1997 rematch, computers in general still have trouble against accomplished human chess opponents. One reason for that is because humans are very good at adapting to changing situations. Computers traditionally have trouble responding to a player switching his or her style in the middle of a match [source: Anand].

Humans are also better at learning through observation and experimentation. There are computers and software that mimic this ability. But in general, it's difficult to build a computer or program that lets a machine learn through experience. Most are limited to a specific set of parameters. Humans are capable of learning multiple disciplines.

Other elements of the brain have remained elusive to computer scientists. Things like emotion, self-awareness, ambition and self-preservation all rest within our brains. Computers don't experience these concepts. While we can create programs that mimic the human responses to stimuli like heat or pressure, machines don't actually feel anything.

Even though a computer isn't a good model for the brain on its own, that hasn't stopped computer scientists and neurologists from trying to build an electronic brain simulation. Scientists working on the Blue Brain project are trying to build a computer model of the human brain. The goal is to reverse engineer the brain so that we can further our understanding of how it works. A working simulation could provide neurologists with information on how to treat various illnesses and conditions.

Could a simulated brain start to think, feel and experience the world as if it were an organic, human brain? It's impossible to say for certain, but it's not likely simply because the brain is such a complex organ. It's also not the goal of the Blue Brain project -- the scientists there don't expect or desire to create an artificially intelligent entity. As the scientists point out, there are easier ways to create human intelligence -- you just make more humans. But even so, the simulated brain will be a much closer fit to the gray matter in our skulls than a traditional computer.

Learn more about computers and artificial intelligence through the links on the following page.

Why Do People Keep Flaking Out?
What's the Baader-Meinhof phenomenon?
Science Takes Another Step Toward Erasing Painful Memories 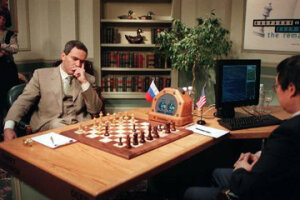