Will computer models refute free will? 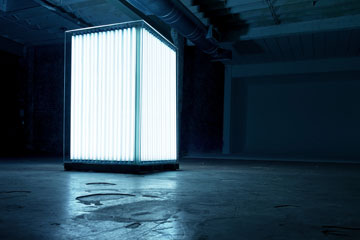 What awaits you inside?
Amy Guip/Photographer's Choice/Getty Images

A large, glowing box awaits you on a warehouse floor. It has been there all your life, its door sealed by the supercomputer that created it. Nothing has entered it since the day you were born. No agent, living or machine, has tampered with its contents. You once saw this strange box as a child and now, at long last, you return to it as an adult.

The door opens, and the interior chamber sucks in fresh oxygen for the first time in decades. The rushing air flutters a neat stack of papers on the floor -- the box's only contents.

You step inside. You kneel down and take the documents in your hands. As you leaf through the pages, you realize they contain every detail of your existence. One page presents a timeline of your shifting goals and ambitions over the course of a lifetime. Another page accurately predicts the dates of all your important events, from the day you decided to switch careers to your first kiss, your first love and the first time someone broke your heart.

More shocking still, the pages detail future events as well. It's all there in fading ink: a summation of your life in full, compiled by a machine the instant you were born.

What does it mean? If all the choices in your life were this predictable, then did you ever have a say in what occurred and what is still to come? Are you really the autonomous soul you thought you were, or are you but a cog in the gears of an invisible machine?

You may never set foot inside such a box, nor hold such a document in your hand. But is such a thing possible? Could a supercomputer refute free will as we know it? Let's read on and find out.

The Problem With Free Will 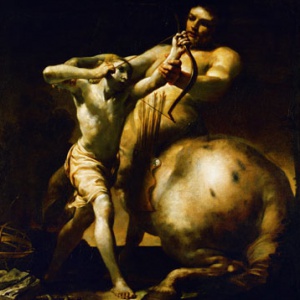 The ancient Greeks saw their heroes not as choosers but as the chosen -- often shackled to the will of gods and goddesses. Here we see Achilles, who would slay the Trojan Prince Hector, as an instrument of Athena.
Imagno/Hulton Archive/Getty Images

What is free will anyway? The concept is deceptively elusive, but most accepted definitions stress a human being's ability to choose one decision over another, often with an emphasis on moral decision-making [source: O'Connor]. Many interpretations of free will even require the presence of a soul or mind that exists independently of the body [source: Nahmias]. But it all comes down to the same question: Are we rational beings who choose our way through life, or are our choices determined by external forces?

Humans have debated this basic philosophical question for thousands of years. For example, the philosophers Democritus and Leucippus saw the universe as wholly governed by natural laws and composed of indivisible atoms. They took the determinist view of a life propelled down a flowing stream of events. Aristotle, however, stressed the individual's responsibility for his or her actions -- the indeterminist view of life as a boat propelling itself through a body of water.

Many of us lean toward this indeterminist view of free will. After all, this philosophical stance places people in a position of power -- as well as responsibility. Indeterminism serves as a prerequisite for the metaphysics of religious faiths as varied as Roman Catholicism and Tibetan Buddhism, both of which involve an afterlife that hinges on choices in the here and now.

Countless others, however, follow in the footsteps of Democritus.

During the Enlightenment of the 17th and 18th centuries, French physicist and mathematician Pierre-Simon Laplace ventured that a sufficiently powerful intellect, with an understanding of Newtonian physics, might track the movements of every particle in the universe and thereby mathematically predict every future event in the cosmos.

Dubbed Laplace's demon, the theoretical entity serves as a sort of mascot for scientific determinism. If the cosmos adheres to certain universal rules, then how could free will possibly exist?

Our growing understanding of neuroscience also raises interesting questions about the role of choice in all our lives. Every day scientists uncover even more about the multiple neurological and biological processes that govern how we think. Brain tumors alter the way we reason. Diet influences our decision-making abilities. The more we map the human genome and study the brain's many subconscious machinations, the more it becomes clear that if free will exists, it's only a minute factor hitching a ride on top of enormous automated machinery -- a principle that neuroscientist David Eagleman calls the principle of sufficient automatism.

Modern science would seem to paint the human experience as a preprogrammed boat gliding down a surging river of events. At the helm, we find a pilot who only thinks he or she commands full control of the vessel -- like a child at the arcade who doesn't realize he's only moving the joystick while a demo plays out on the screen.

Now turn to the next page, where we'll consult Laplace's demon. 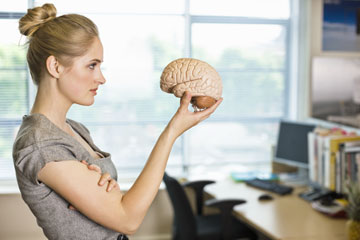 Let's return to the glowing box and to the far-seeing document within that accurately predicts every choice in your life. The supercomputer that authored these papers would essentially constitute a Laplace demon -- that theoretical intellect capable of predicting every event in the universe to such a degree that the possibility of individual free will appears impossible.

Is such a computer possible? We already use complex computer models to predict future weather conditions, though these become less reliable the further they reach into the future. There are simply so many variables, and our current level of computing technology is ill-equipped to replicate it. In fact, chaos theory itself arises from our scientific attempts to predict the weather. In many cases, the perceived chaos in a complex system doesn't mean that the system is patternless, but rather that the patterns are invisible to the naked eye, or even to human perception itself.

Still, the complexity of the universe -- like the weather -- compounds itself the further into the future you attempt to forecast. By some estimates, the movement of the planets would become unpredictable beyond the 100-million-year point [source: Laskar]. Even if such complex computation were technologically possible, it might prove physically impossible to carry out the computations in this universe [source: Deutsch]. You'd need a parallel universe just to house that supercomputer.

MIT computer scientist Scott Aaronson paints a more realistic model for computer-based refutation of free will. In 2011, Aaronson presented his "envelope argument" for the nonexistence of free will. It plays out as follows:

This scenario, Aaronson argues, would be as close to an "empirical refutation of free will" as we could possibly ask for.

But the case is far from closed. Associate professor Eddy Nahmias of Georgia State University's Neuroscience Institute argues that our concept of free will simply needs a reboot. If we view the mind as a product of a biological brain rather than a supernatural soul, he says, then we can come to terms with the limitations of our rationality, self-knowledge and self-control.

So it's not a matter of science explaining away the "magic" of consciousness, but rather merely one in which we come to understand the limited-but-existent roles of conscious deliberation and self-control in the biological process we call consciousness.

So step inside the box. Kneel beside the stack of papers on the floor. Leaf through the articles on the next page to learn all about science and other mysteries of the human brain.

How Multitasking Works
Are Male and Female Brains Really That Different?
Are married people happier than singles?