by Chris Jones
NEXT PAGE 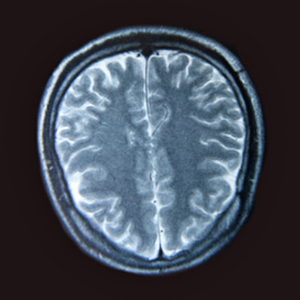 Concussions are a form of damage to the brain, the result of an impact with the inside of the skull.
Hemera/Thinkstock

In the waning years of American vaudeville, a comedy act -- later to be known as "The Three Stooges" -- entered the public's eye. Their slapstick routines regularly consisted of situations often leading to one or more of them being hit, jarred or rattled in the head, and their work was wildly popular.

While admittedly amusing in some fictional contexts, a concussion -- derived from the Latin word concutere, meaning "to shake violently" -- is never a laughing matter in real life. Imagine someone driving without a seatbelt into a concrete wall. When the vehicle suddenly stops, the driver keeps going, and that's what happens to the brain during a concussion. To put it simply: A concussion occurs when the skull stops and the brain keeps moving, resulting in a collision. In an ironic twist, the one bone structure specifically designed to shield our grey matter from injury ends up doing most of the damage [Source: Lew].

Nearly all cases of head trauma fall under the umbrella of what we call "mild traumatic brain injury" (MTBI), an expression that can be used interchangeably with "concussion." Concussions are among the lesser-understood injuries today, and their treatment still continues to evolve. Medical practitioners frequently disagree on how to diagnose and manage concussions of varying grades, or levels of severity. However, some aspects of these injuries aren't up for debate. Evidence has shown that their effects can be permanently debilitative in severe cases [Source: Lew].

Worst-case concussions can even result in death. And while there's a tendency to only associate these injuries with athletics, most cases in the United States are entirely unrelated to sports. So, it's important to understand concussions to facilitate preparedness in the event that you or someone close to you has one. Some of the details provided in this article cover the common causes, symptoms, treatment and prevention methods for mitigating their effects.

Keep reading to learn about some of the immediate and long-term concussion symptoms.