Treatment and Complications of Concussion 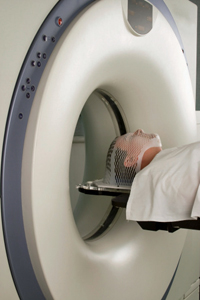 A CT scan can be used to determine the seriousness of a concussion.
iStockphoto/Thinkstock

No matter how severe, the first response to any concussion is immediate cessation of the activity that led to the injury. Whether it was playing rugby, stocking groceries or dancing to heavy-metal music, the first thing you should do when you get a concussion is immediately stop whatever you were doing beforehand, and remove yourself from the danger zone. In other words: Don't get back on the horse.

If there's a question of whether trauma has caused a concussion or a more serious head injury, the victim should seek professional medical attention immediately. If an injury is more severe than a concussion, a CT scan or MRI can help to diagnose the extent of the damage. Severe head injuries are different from concussions, and they can involve hemorrhaging and other complications that require advanced treatment.

With regard to concussions, one complication that arises in a minority of cases is called post-concussion syndrome, which can last weeks to months after an accident, depending on the severity of the injury. There is controversy over whether the effects -- which can include symptoms like prolonged dizziness, fatigue, trouble sleeping, sensitivity to light and sound, anxiety, depression, memory loss and trouble concentrating -- are caused by physical factors, psychological factors, or by some combination of the two. There have also been very few studies evaluating the effectiveness of treating PCS. Currently, the consensus among practitioners is that the vast majority of uncomplicated concussions are resolved with rest alone, and patients typically recover fully. However, after consulting a physician, it may be determined that therapy or medication may help alleviate certain symptoms [source: Lew].

Perhaps you've heard of people saying that you're not supposed to go to sleep after a concussion, or maybe someone has told you that receiving a second concussion shortly after a first one can be devastating. The first statement, in fact, is a myth [source: Mitterando]. Sleep deprivation is not appropriate treatment for a concussion. However, there are severe consequences when someone has a second concussion before a prior concussion has fully run its course, so it's extremely important to fully recover before resuming the activity that caused the injury. In the event that someone has two concussions in a short period of time -- in a worst-case scenario -- the victim can experience what's known as second-impact syndrome [source: Lew].

Second-impact syndrome is rare but deadly. It occurs when a victim has already had a first concussion, and then, before that one has resolved itself, a second concussion triggers a chain reaction inside the head. It starts with disordered cerebral vascular autoregulation, which means that the brain loses its ability to keep the right amount of blood pressure flowing through the arteries in your organs [source: Anaethetist]. That leads to congestion in the arteries in your brain, creating pressure inside of your skull, and ultimately results in brain stem herniation and death [source: Lew]. Obviously, this situation should be avoided. That's why it's absolutely imperative to remove a concussion victim from whatever activity led to the injury until the symptoms have fully run their course.

Determining when that point has been reached may require clinical examination and can be a source of controversy among medical practitioners. However, there are several publicly available guidelines for making such judgments in the field. With time and rest, most concussions resolve themselves on their own. 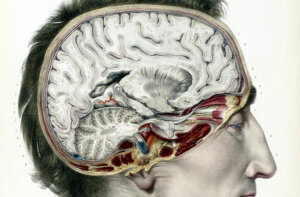 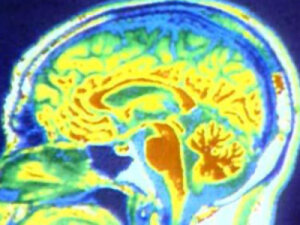 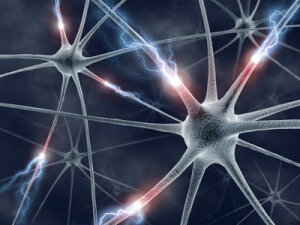