Do you have to be intelligent to be evil? 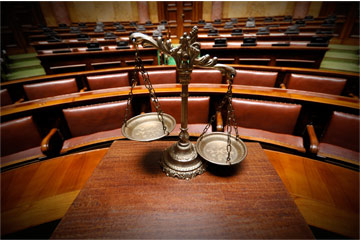 Is a person making an intelligent decision to do harm? Often, this is a question for courts to decide.
iStockphoto/Thinkstock

Warren Lee Hill shot his 18-year old girlfriend 11 times and killed her. Four years after his conviction, Hill attacked his sleeping cellmate and bludgeoned him to death. Is Warren Lee Hill evil?

Hill's IQ is 70, which is defined generally as mentally disabled [source: Cohen]. "He consistently tested in the 2-3 percentile in childhood achievement and intelligence testing," wrote Dr. Thomas Sachy, a psychiatrist who evaluated him for the state of Georgia [source: Kammer]. In fact, all three doctors who originally evaluated him in 2000 and found him mentally competent reversed their decision in 2012. Is Warren Lee Hill evil?

A question like "do you have to be intelligent to be evil" can seem philosophical and vague, but it becomes less theoretical when you apply it to a death penalty court case like the one that has played out in Georgia. Must there be a conniving, Machiavellian mind behind evil, or is it something inherent in anyone -- or everyone?

In addition, if a person's intent is completely illogical, is that individual making an intelligent decision to do harm? This is one of the defenses of the insanity plea: It would be cruel and unusual to make someone pay for a crime that he or she simply didn't understand the implications of. For most of us, it makes sense to say that you must understand right from wrong to be held responsible for something evil. That's why, of course, most justice systems will be more lenient on juveniles.

But would a 9-year old who pushed a toddler into the deep end of the pool, pulled up a chair to watch him drown, and then showed no remorse after the killing demonstrate the guileless mind of a child or that of a shrewd juvenile [source: Kahn]?

In the next few pages, we'll explore evil and intelligence. And while we shouldn't expect any satisfying answers, we can ask ourselves if truly heinous actions infer a cunning mind. And that's probably a good place to start: Is cold, hard logic intelligence?

At the Rensselaer Polytechnic Institute's department of cognitive science, a research team explored the logic of evil by programming a computer character named "E" that "acted on" or was motivated by a definition of evil. The Rensselaer crew defined an evil person as one who decided to commit an immoral act without prompting and carry out the plan with the expectation of considerable harm. When reflecting on those deeds, the person would either find incoherent reasons for his or her actions or think the damage caused was good. (Of course, this isn't the only definition of evil. What's labeled as heinous behavior has absolutely no standard across cultures or even among different groups of people with a particular culture.)

The researchers then programmed the character to do something "evil": give a depressed boy a gun. And not just any gun, but the one that the boy's brother had killed himself with. Extremely morbid, and -- chillingly -- a real event used as a case study in the 1983 book "People of the Lie: The Hope for Healing Human Evil." Note that in reality the people who gave the gun were the kids' parents. The researchers then proceeded to ask E why it would do such a thing. It was rather straightforward: The boy wanted a gun, so E gave him the one he had.

So an almost entirely logical explanation that basically either ignores or leaves out any kind of emotional response. Is that all evil is? It certainly matches up with some of the traits of psychopathic people, a subgroup of people with antisocial personality disorder who are commonly identified by a lack of remorse or empathy or are simply emotionally blank.

Which begs the question: How do we know what evil is? 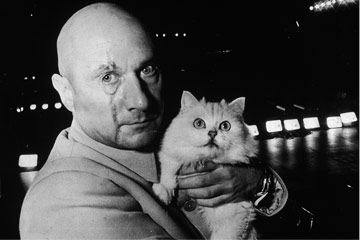 It usually doesn't take long to watch a movie and figure out who the villain is. In pop culture, our villains are pretty cut-and-dried. They care about no one. They engage in acts that willfully hurt innocent people. If they have a chance to harm more people or inflict greater pain, they take it. They're also usually the less-attractive star of the movie, if you're really searching for a clue.

But in real life, evil seems much less clear. Naturally, people in different cultures -- and even within them -- have their own take on evil. If you're not buying it, imagine yourself on a jury. You have to decide if a criminal's horrid and debased actions deserve a harsh sentence, or if they deserve the harshest sentence. And what you see as the worst action -- just for an example, shooting a child -- might strike someone else as less evil than torturing an adult to death.

That's one reason that forensic psychiatrist Dr. Michael Welner is conducting a survey to determine a baseline for "depravity" in the criminal justice system. It hopes to establish a standard for how juries can determine depravity and eliminate bias in sentencing. In the United States and other nations, a particularly harsh sentence can be given to those who have committed acts the jury sees as especially heinous. Welner's site, DepravityScale.Org, invites people to take a survey that asks you to decide, for instance, whether intentionally disfiguring someone is more or less depraved than intentionally hurting a lot of people.

And this brings us right back to intellect. Could any act that much of society sees as unconscionable be considered "intelligent," considering the consequences of the action and the enormous social stigma attached?

We might not ever know if intelligence is inherent in evil, but perhaps we can at least determine how it's categorized and punished in our society.

Author's Note: Do you have to be intelligent to be evil?

Let's be honest: Trying to get an objective answer about evil or intelligence is never going to work. We all have too many inherent prejudices and biases to ever get a response that satisfies us. But looking at something like Dr. Welner's Depravity Scale does lead me to believe that critical thinking about intelligence and evil does have a purpose in our society: if we're ever asked to use our own definitions of what is evil and intelligent to judge someone's actions, we better have a compelling reason to believe our own opinions.