Drawing May Be Your Brain's Best Way to Secure a Memory 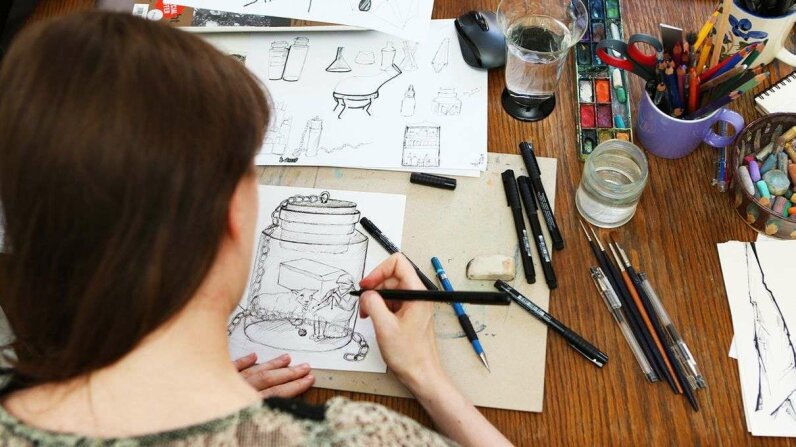 The next time you need to remember to pick up a pound of coffee before you find yourself in a real pickle the next morning, consider drawing yourself a picture of a cup of joe instead of just writing boring old words on a boring old list.

A new study out of the Department of Psychology at the University of Waterloo (UW) shows that drawing a picture helps you remember something better than writing it down. The idea that pictures spark memory better than words is not new -- researchers have been trying to get to the bottom of what activities or mnemonics are most helpful in boosting memory since the 1960s.

The researchers conducted a series of experiments in which participants were asked to either write or draw a list of words, and then asked to recall as many words on the list as possible in one minute. Of the 28 people who participated in the experiment, 26 of them remembered more drawn than written words. Other experiments found that the drawing group still remembered more words, regardless of how artistically skillful the drawings were or how much time the participants were given to draw — some of them were only given four seconds per picture. The researchers found that straight drawing improved memory even more than writing words over and over, or adding details to words like shading or doodles.

"We're still trying to figure out how drawing benefits memory," says Jeffrey Wammes, a psychology PhD student at UW and the study's author. "Previous research says the reason it's easy to remember pictures is that when you see a picture of a dog, you have a visual memory for that image, but you can also remember it's called a 'dog.' You get the memory at the verbal level and the pictorial level."

This study suggests that memory recall is further improved when you draw the picture of the dog because you get both the verbal and pictorial memories in addition to a boost from the part of your brain that learns by doing. So when you think the word "dog," you have to produce a mental image of what it looks like, and then produce an action to translate the image you have in your head to paper.

Wammes says his interest in drawing and memory came from an anecdote told to him by a close friend:

"My friend was in university and started using Sketchnotes to take notes on lectures," he says. "It's a system of taking notes where you make little infographics for yourself instead of writing or typing notes. As soon as he moved over to Sketchnotes, he started doing better in his program. Based on that, I was curious to see if there was meat on those bones, whether drawing notes could really improve memory."

The next step for the researchers is to test which aspects of drawing are beneficial — for instance, does tracing a picture produce the same benefits as drawing from memory? They are also investigating whether drawing can help older people with failing memory, or helping students remember definitions from text books.

No word, though, on what happens to memory if you're drawing pictures while consuming marijuana.

Already forgotten what you just read? This video explains it a little more:

Now That's Interesting
Famous scientists from Michelangelo to Michael Faraday did a lot of drawing in their notes, scientific papers use visuals to demonstrate data, and it's even a professional practice among chemists. Now there's a movement to promote drawing in science education, since so much of science relies on visually getting a point across.