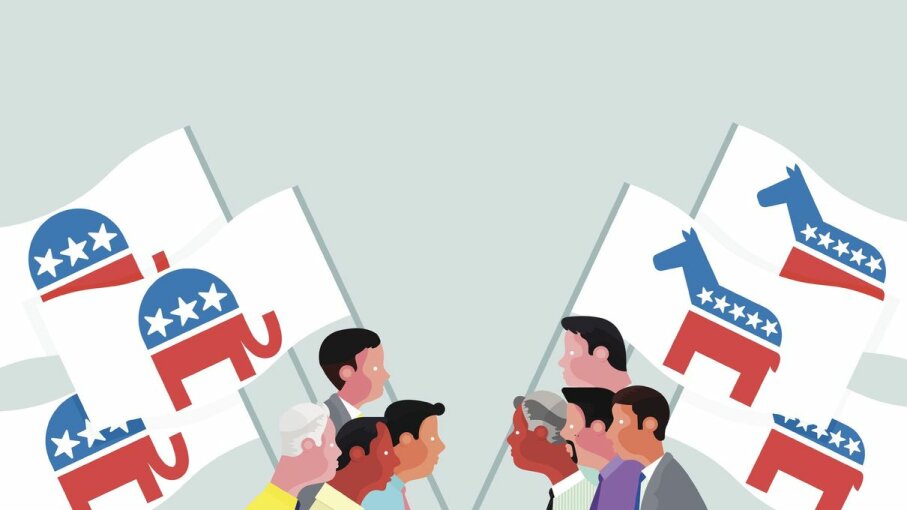 Why are people so opposed to hearing from the other side? James Boast/Getty Images

At long last, researchers have discovered something that liberals and conservatives have in common — neither wants to hear opposing viewpoints, not even if a cash incentive is involved. This disheartening phenomenon is known in psychology circles as selective exposure, which leads us to avoid information that contradicts strongly held pre-existing viewpoints. Selective exposure also causes people to seek information that reinforces said opinions, like hanging out with like-minded people or consuming news media that traditionally lean in the same direction.

University of Illinois and University of Winnipeg researchers released the findings via a paper published in the Journal of Experimental Social Psychology. Across five studies, they presented both conservatives and liberals with statements about hot-button topics like climate change, guns, abortion, elections and same-sex marriage. A stunning two-thirds of the participants outright rejected the opportunity to receive money simply for reading political statements that didn't jibe with their own opinions. (The amount was $10.)

The researchers gleaned from responses that the avoidance of alternative opinions had little to do with feeling educated about the issue(s). Rather, respondents indicated that contrary information could harm their relationships with people of differing opinions.

Also, they were concerned that they could experience cognitive dissonance, or uncomfortably altered attitudes or beliefs. "Participants said that hearing from the other side felt lousy; they reported it was about as unpleasant as taking out the trash or standing in line for 20 minutes," the study authors wrote in an op-ed for the Los Angles Times.

Although some previous research had found that political conservatives might be more prone to selective exposure than liberals, the researchers found the rates for both political ideologies were similar in their study. In fact, "the majority of people on both sides of the same-sex marriage debate willingly gave up a chance to win money to avoid hearing from the other side," they note in the study.

Apparently, major political issues aren't the only polarizing topics. In fact, the researchers said that the respondents had a "greater desire to hear from like- versus unlike-minded others on questions such as preferred beverages (Coke vs. Pepsi), seasons (spring vs. autumn), airplane seats (aisle vs. window), and sports leagues (NFL vs. NBA)."

And everyone knows that getting into an argument over gun control is minor compared to discussing whether Coke is better than Pepsi.

Now That’s Strange
Even if you present other people with hard-and-fast data and facts that support your side and not theirs, you’re unlikely to sway them. Known as “the backfire effect,” attempting to change the opinions of others, even with solid facts, can cause them to become even more resolute in their beliefs.