Spending Money on Experiences, Not Things, Increases Gratitude and Altruism

Want to cultivate a sense of gratitude and thankfulness? Spend your money on experiences, not material goods, say researchers. It isn't necessarily a groundbreaking idea, but a newly revealed connection may have implications that stretch far beyond individual attitudes.

Researchers conducted six experiments to explore the impact of material consumption versus "experience consumption" on feelings of gratitude. In one experiment, for instance, they asked participants to selectively remember either a significant purchase or a significant experience. Those who chose to reflect on an experience were more grateful overall, as expected. That's an idea borne out in previous research, including a 2014 study from San Francisco State University that found people who bought experiences were happier — and more satisfied with how they spent their money — than those who bought material items. And people who are happier and more grateful are also healthier, according to scientific research. For more on that, give a listen to this podcast episode from our Stuff Mom Never Told You team:

However, the research team — Amit Kumar, a post-doctoral research fellow at the University of Chicago's Booth School of Business, along with researchers Jesse Walker and Thomas Gilovich of Cornell University — took the concept one step farther by giving participants the power to allocate money to themselves and to someone they would never meet. The people who remembered spending money on experiences more than they did on things allocated a larger portion of the money to others.

This altruistic attitude can ripple from individuals to entire communities, opening an entirely new way to consider the benefits of experiential behavior. Kumar's study, "Cultivating Gratitude and Giving Through Experiential Consumption," was published in the journal Emotion and outlined findings that outline the role of experiences in healthy communities.

People become socially connected when they reflect on experiences, according to the research, but not when they think about possessions. "If people feel closer to other humans, they end up treating others better," says Kumar in a press release announcing the paper's publication.

This sense of community — and how to better achieve it — could change the way policy makers and civic leaders bring people together. Public projects, such as interactive parks and libraries, could make people more likely to engage in experiences together and, in turn, treat others with greater care.

Now That's Interesting
Engaging in new experiences not only makes you feel happier, but also leads to increased confidence and self-esteem, and can lead to improved health.

Why Locking Eyes During a Conversation Is So Difficult

7 Weird Instances of Food That Looks Like Something Else 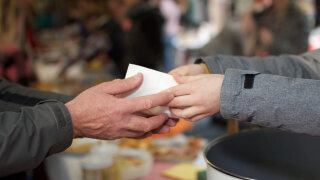 Why are humans altruistic? 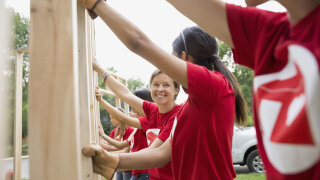 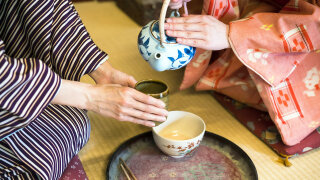