When you think of a teenager getting a sports concussion, who is it that you think of, sitting on the doctor's table in the Emergency Room, getting a flashlight shone in each eye? Is it an ice skater? A football player? A gymnast? A cross-country runner?

Odds are, you probably thought of a big dude in shoulder pads and a helmet — football players are notorious for getting head injuries, right? Well, while it's that American football players are at serious risk for concussion, a new study presented this month at the annual meeting of the American Academy of Orthopaedic Surgeons finds high school girls who play soccer actually face a higher risk of concussion than boys.

Concussions are no joke, especially for adolescents, whose brains are more susceptible to brain damage than those of adults; data on concussions in female athletes, too, is woefully thin. Not only can it take longer for a teenager to heal up after cracking skulls with a member of the other team or getting clobbered in the head by a baseball bat, they also tend to experience more headaches, memory loss, confusion and dizziness as a result of head injuries. All told, about 300,000 adolescents sustain head injuries playing high school sports in the U.S. each year.

The study analyzed sports injury data in the United States reported to High School Reporting Information Online (RIO) in the years between 2005 and 2015 for football, soccer, basketball, wrestling and baseball for boys; and soccer, basketball, volleyball and softball for girls. "2,190,598 total concussions occurred nationally among high school athletes [of all sports] between 2005-15," they wrote, and over the decade-long course of the study, there were 40,843 girls' soccer injuries reported to RIO, and 6,399 of these were concussions, the most of any sport. The data included information about an injured player's sport, age, grade, diagnosis, and how the injury happened. In the 2009-2010 school year, during the study's timeline, laws in the U.S. changed regarding when a student with a traumatic brain injury (TBI) would be allowed to return to training and play.

A kicked ball strikes an athlete in the head during a high-school soccer game.
Gordon Chibroski/Portland Press Herald/Getty Images

Not only did incidents of TBI increase after the 2009 law was enacted (probably due to coaches, teachers and parents being more aware of symptoms than before, and more likely to report an issue), but a troubling trend was teased out: Girls suffered concussions at a considerably higher rate than boys who played the same sport. In the years after the TBI law enactment, girls' soccer beat out boys' football for concussions, and during 2014-2015, female high school soccer players experienced more concussions than any athletes in than any other high school sport.

The study authors suggest the reason for this might have to do with the lack of protective headgear in soccer, as well as the emphasis on aggressive in-game contact, and the practice of hitting the ball with your head.

Now That's Helpful
Wondering if your high school athlete has experienced a head injury? More information is available at STOPSportsInjuries.org.

How One Missing Oxford Comma Changed an Entire Legal Decision 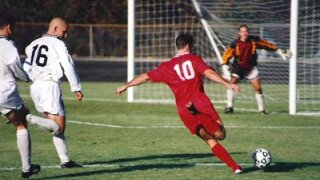 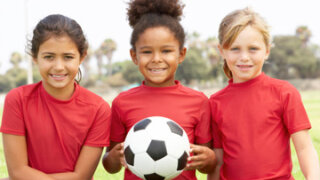