Most People Would Rather Not Know Their Future, Study Finds

by Laurie L. Dove Feb 24, 2017
The coin-operated fortune teller Zoltar is a popular attraction in the American West Coast, and even made an appearance in the 1988 Tom Hanks film "Big." David Kosmos Smith/Flickr

What if you knew the future? Maybe not the entire future, like next week's lottery numbers or which airplane is going to tumble out of the sky, but your personal future, like whether you'd actually find true love, retire early or live until the age of 100?

According to new research published by the American Psychological Association, most people, if given the chance, don't want to know what the future has in store — even if it's good news. The APA finds that people would rather relish the suspense of pleasurable events and avoid the anguish of knowing that bad events are inevitable.

The findings, published in the APA journal Psychological Review, featured two studies of 2,000 adults in Germany and Spain, with 85 to 90 percent of participants reporting they didn't want to know about upcoming negative events. In addition, 40 to 70 percent weren't keen on knowing upcoming positive events, either.

So who wants to know the future? In the case of these two studies, only 1 percent of people surveyed wanted to know what the future holds.

It's a response that seems counterintuitive, especially considering the number of people who "participate in early detection for cancer screening or regular health check-ups ... or use self-tracking health devices," said the study's lead author Gerd Gigerenzer, Ph.D., of the Max Planck Institute for Human Development.

Ironically, the studies will help scientists predict whether someone is open to soothsaying. The study participants who didn't want to know the future were more risk averse and more likely to buy life and legal insurance than those who wanted to know the future. However, those who would opt for a window into future events wanted to avoid regret.

Despite the clear division in people who did — and did not — want to know the future, nearly everyone agreed they would want to find out the sex of an unborn child. Now where's the suspense in that?

Now That's Weird
Can people subconsciously predict the future? Researchers at Washington University in St. Louis found that by making thousands of small predictions every day, our brains are continually wired to predict the near future. Using a functional MRI, researchers watched participants' brains as they chose what would happen next in a video of an everyday event, and discovered 80 to 90 percent of viewer predictions were correct.

5 Things You Didn't Know About Cocktails and Bartending 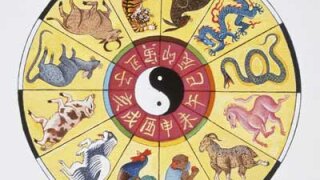 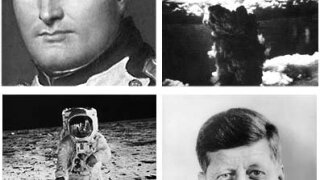