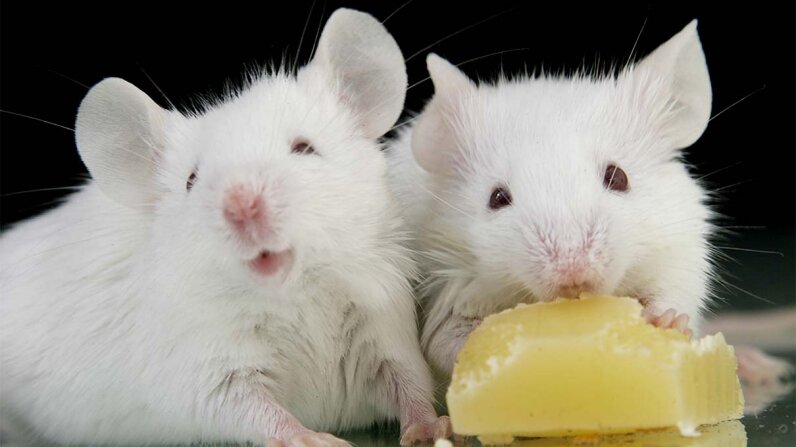 Researcher's conducting experiments on mice (aren't they cute?) concluded that the brain's complex system for tasting can be manipulated, erased or modified, which could have important implications for human weight control and eating disorder research. ullstein bild/Getty Images

Can you imagine biting into a succulent piece of chocolate cake and not craving more? What if you popped a piece of sweet, sweet candy in your mouth, only to spit it out because it tasted bitter? Scientists at Columbia University have found a way to stop mice from craving, or even tasting, sugary and bitter treats. The research could prove beneficial in treating obesity and eating disorders in humans.

The human brain is hardwired to enjoy the pleasing, almost euphoric effect of food, especially sugar. Here's why: The minute you take a bite of a cookie or some other food, specialized cells on the tongue react with what you just ate. Each of these so-called receptor cells is programmed to respond to one taste — sweet, sour, bitter, salty or umami (savory). The receptor cells then take that information and send it to specific regions of the brain. Consequently, we can identify the taste — allowing us to respond appropriately. We might say "yum" when eating a candy bar or pucker our lips when sucking on a lemon. That's because taste is closely tied to our emotions. Every bite produces a variety of memories, reactions and thoughts. We might remember a pleasant experience at a birthday party where cake and candy were served, or how tart grandma's lemonade really was.

To better understand how this delicate dance of food and emotions works, researchers at Columbia University's Zuckerman Institute, figured out how to turn on the sweet and bitter connections in the brains of laboratory mice. As they did, researchers discovered that the amygdala, the part of the brain that regulates emotions and allows us to make judgments about stimuli from our senses, connects directly to the brain's taste cortex, also known as the gustatory cortex. Because there is a deep division between sweet and bitter regions in both the taste cortex and the amygdala, researchers could manipulate neurons in the amygdala and study how the mice reacted.

Scientists conducted a series of experiments turning on the sweet and bitter connections in the neurons as if they were turning on light switches. When they flicked the sweetness switch, the animals responded by drinking water as if it was sugar. The scientists could even turn the perceived taste of sweet into bitter, an unappetizing taste even for a mouse. Researchers could also turn bitter into a taste the mice liked.

When researchers shut down the taste connections to the amygdala, but left the connections to the taste cortex alone, the mice were able to tell the difference between bitter and sweet, but didn't have the typical emotional reactions, such as craving sugar or shunning bitter. Researcher's said it was like eating a big piece of chocolate cake but not getting any pleasure from it.

Researcher's concluded that the brain's complex system for tasting is made of individual units that can be manipulated, erased or modified. The manipulation of these taste units, which erases the brain's desire for sweet and its abhorrence of bitter, could one day lead to better treatments for those suffering from eating disorders or for those trying to lose weight.

Now That's Interesting
Our desire, or craving, for sugar is part of evolution. When our early ancestors were walking the planet, food was in short supply. Among other things, they survived on fructose contained in fruits they picked from trees and bushes. Sugar was a rare source of energy, but humans craved it. Over time, evolution found a way to turn sugar in the bloodstream to fat, which was OK back then, but not so much now.