People Who Photograph Their Experiences Enjoy Them More

by Alia Hoyt Aug 9, 2016
Supporters take selfies with Brazil's Bruno Mossa De Rezende after his team won the men's qualifying volleyball match between Brazil and Mexico at the Rio Olympics, 2016. Yep, they seem to be enjoying their experience. JOHANNES EISELE/AFP/Getty Images

If you have a phone, you have a camera, which means that it's never been easier to pictorially document everyday experiences. Think of those never-ending Facebook cute-baby and food pics. A group of University of Southern California (USC) researchers recently published results from a series of nine studies that asked whether photo-taking detract from the enjoyment of fun experiences — like going sight-seeing, having lunch with a friend, touring a museum — or enhances it?

Like many people, the researchers thought photo-taking would diminish, not increase enjoyment. After all, you're not exactly "in the moment" when you're thinking about lining up your shot and getting the lighting right. So, they were pretty surprised when most of the studies showed the opposite conclusion.

"We found that [photo-taking] actually forces you to pay attention to what's going on," explains Kristin Diehl, Ph.D., co-researcher and associate professor of marketing at the USC Marshall School of Business. "We thought it [the first study] must be wrong, but again and again and again we found this effect," she says.

The team collected data from about 2,000 people across all nine studies. The circumstances varied by experiment. Some were conducted in the field and others were done in a more controlled lab setting. After the experience, they were asked to rate their enjoyment on a numerical scale, and those with cameras (thus, the ability to take pictures and record their experience) usually rated their experience more highly than those without.

For instance, one study involved several groups of people on bus tours around Philadelphia, with a tour guide pointing out interesting facts about the sites they saw. Some groups were given cameras and told to take pictures as they normally would while others weren't given cameras and thus couldn't take pictures. (No one was allowed to bring smartphones.) The groups that took photos reported enjoying their experience more than those that didn't.

This experiment was tweaked and repeated in other settings: while dining at a food court in a farmers market, and visiting a museum, with similar results. In the museum study, the participants were given eye-tracking glasses and the researchers found that taking photos increased the time participants spent looking at artifacts overall.

The same phenomenon occurred in the lab, where participants watched simulated videos of London and Hollywood bus tours, African safaris, music concerts and the like. Those that had the ability to take pictures by clicking a button (complete with shutter noise) also reported higher levels of enjoyment. One study asked some participants to plan their shots ahead of time. "We find that thinking about what photos to take has similar effect to actually taking photos, suggesting that is the mental process of photo-taking rather than merely the photo-taking mechanics that triggers greater engagement and thus increases enjoyment," researchers wrote.

But there were times when photo-taking did not enhance an experience. Some of the participants in one lab study also had the ability to delete photos, an intentional inclusion by the researchers because so many people in the "real world" immediately upload images to social media, email them out or delete bad pics. They found that those who deleted their pictures as they went along enjoyed their experience about the same as those who took no photos — which is to say, less than those who just took photos without doing anything else. "The photo-taking per se helps [enhance your experience]," Diehl says, "but other things that go along with photo-taking in the real world may not help... you just don't get the same boon."

Another area where being camera-ready wasn't a good thing was when viewing unsettling images. In one lab experiment participants viewed safari footage, some of which was pretty upsetting (lions hunting and eating prey alive). "When you take photos you're more engaged, but it makes negative experiences worse," Diehl notes.

Photo-taking also didn't enhance experiences that were active and engaging on their own. In one study, some participants watched an artist build a tower out of waffles, while another group built the tower themselves. For those just watching, photo-taking did amp up enjoyment, but for the people building the tower taking pictures made no difference. "[In the latter case] we found that photo-taking doesn't really add anything. The experience is already really engaging and enjoyable," says Diehl.

Still, just because you might be happier when snapping those shots doesn't mean that everyone else is! "Our paper doesn't really absolve etiquette," Diehl notes. "Obviously, [photo-taking] can interfere with other people's experience. I may be much happier, but you standing behind me at the concert or at the table next to me may be thoroughly annoyed."

Now That's Crazy
People took more than one trillion photos in 2015 alone, with the number of stored photos expected to reach 4.9 trillion by 2017!

The Origin of the iPhone Marimba Ringtone Is Shrouded in Mystery

Honey Helps Gymnasts Get a Grip 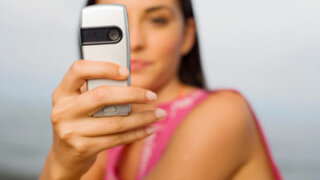 How to Take Better Pictures on Your Phone 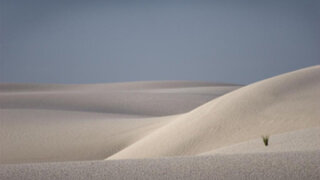 What makes a great travel photo?

7 Animals You Should Never Take Selfies With