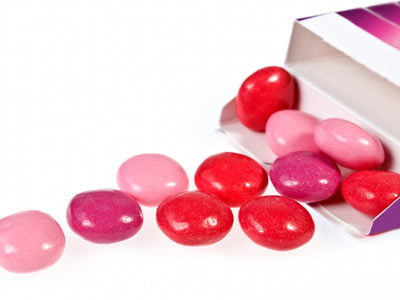 Your doctor won't prescribe candy, but what you get might not work any better.
©iStockphoto.com/ Juanmonino

In 2006, the American Medical Association created a policy concerning placebos. It states that "physicians may use placebos for diagnosis or treatment only if the patient is informed of and agrees to its use" [source: AMA]. This is the biggest issue that critics raise: Doctors are essentially lying to their patients when they prescribe something that they know isn't proven to work for the patient's particular condition.

What if doctors strictly follow the AMA's guidelines? They would have to tell their patients that what they're being given doesn't actually contain medicine or isn't known to work for them. Some researchers believe that this would negate the placebo effect because of the psychological component. Others, especially those who believe that placebos work through classical conditioning, think that disclosing that the medication is really a placebo doesn't necessarily mean that it won't work.

Very few doctors are this open about prescribing placebos, but most of them don't outright lie to their patients, either. In general, doctors who prescribe placebos often say that they have something that they believe can help, but they don't know exactly how it will work, either. Supporters of the use of placebos point out that this isn't lying; placebos are known to be beneficial in some cases. The AMA policy suggests that doctors could explain the placebo effect to their patients and receive consent to prescribe them in the course of treating any illness. This way, the patients don't know exactly when they might be prescribed a placebo and they could still benefit from the placebo effect.

Another problem inherent in prescribing placebos is the fact that they haven't been shown to work on more than half of the population. If a doctor prescribes a placebo and it doesn't work, both doctor and patient are essentially back where they started in terms of trying to find a treatment. If the doctor continues to prescribe placebos, it may undermine the patient's trust and potentially diminish the therapeutic effect of any medication he prescribes in the future. In addition, the placebo effect is usually short-term -- placebos don't usually work for chronic conditions.

There's also a very real danger in prescribing drugs like sedatives and antibiotics as placebos. A sugar pill, a vitamin or an aspirin isn't generally likely to cause any problems. But drugs like sedatives and antibiotics could be doing more harm than good. Many sedatives are habit-forming, so the patient could develop a dependency on a drug that wasn't even supposed to work on his or her particular condition to begin with. Doctors who prescribe antibiotics when they're not absolutely necessary may also be contributing to the rise in strains of antibiotic-resistant bacteria such as MRSA.

The debate will continue to rage on concerning not only what constitutes a placebo, but whether doctors and researchers should continue to use them. Even some supporters of placebo use claim that it's such a loaded word that perhaps we should start using terms like "mind-body medicine" or "integrated healing" instead. But as long as many people believe that the placebo effect works, they're not likely to go away anytime soon.

For more HowStuffWorks articles you might like, from medical quackery throughout history to the psychology behind aphrodisiacs, try the links below.