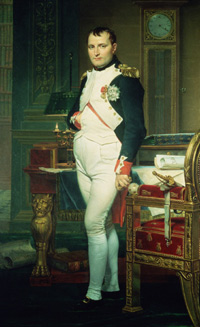 Schizophrenia usually develops in men between their late teens and early twenties, whereas in women, it commonly develops between the mid-twenties and early thirties. Symptoms of schizophrenia may develop gradually (over years), or quickly (over a few weeks). The symptoms are usually classified as positive or negative. However, the purpose of these names isn't to indicate that symptoms are good or bad. Rather, positive symptoms merely refer to those that portray distorted or exaggerated forms of normal activity. For instance, positive symptoms include:

Some categorize certain negative symptoms as cognitive, or dealing with attention and memory. Cognitive symptoms include:

Other symptoms include a disruption of work, relationships and personal hygiene. For someone to be diagnosed with schizophrenia according to the widely accepted authority, the Diagnostic and Statistical Manual of Mental Disorders (DSM-IV), a certain number of symptoms must show up, and the condition must last for at least six months.

Schizophrenia can take several forms, and these are broken into the following categories:

Many of the symptoms of schizophrenia can have drastic effects on a patient's life in daily activities, work, social life and relationships. On the next page, we'll discuss some of the common issues that patients face as well as options for how to interact with a schizophrenic person.

­Delusions refer to false beliefs, and hallucinations refer to false sensations. Some typical delusions include paranoid beliefs about being victimized by others, or believing oneself to be a famous historical figure (such as Napoleon or Jesus Christ). Hallucinations can come in the form of visions, smells, sounds, feelings or even taste. Most commonly, schizophrenics believe they hear voices. These voices often comment on the person's behavior or give the person orders [source: Cleveland Clinic].

Although commonly confused, schizophrenia is not the same as split personality disorder, now known as dissociative identity disorder. Although media and Hollywood have sensationalized Multiple (or "Split") Personality Disorder, it is a serious, though rare condition. The DSM-IV explains that someone with this disorder experiences two or more personalities that take turns controlling the person. It also involves the individual forgetting significant personal information. Often, one personality dominates the individual. Personalities may be drastically different and even criticize each other. Sometimes the different personalities don't know about each other. Treating this disorder involves making the personalities aware of each other and gradually bringing them back into one, possibly through the acknowledgment of a traumatic event that may have triggered the split [source: Encyclopedia Britannica].