There’s a Study on That: The Stone Age Had Just as Many Lefties

There were only so many things our Paleolithic ancestors could do to for amusement when they weren't hiding from predators or inventing sharp tools. Naturally, they took up painting. With one hand placed flat on a stone surface and the other grasping a pigment-dipped tube, our creative predecessors blew paint over their hand to create a reverse image.

This ancient silhouette technique offers a glimpse into the prevalence of left-handed Paleos, at least according to researchers at the University of Montpellier, France. There are 507 negative paintings of left hands in the remnants of those prehistoric art enclaves that reveal the left-handed proclivities of Stone Age Picassos.

When this ratio was compared to the proportion of French University students who volunteered for the study and displayed left-handed tendencies, it was nearly equal. In the general population, the ratio of left-handed people is a steady 10 percent, a number that has seemed nearly immovable for thousands of years.

The percentage of left- or right-handed people in a population group may actually have as much to do with the social environment as genetics, according to findings published in The Royal Society Interface. In a largely cooperative society (social media squabbles aside), it helps the population to behave similarly.

For example, if a society were a fully cooperative utopia, every member of that society would use the same hand. On the other, um, hand, if a society were highly competitive, the findings suggest population would have a nearly 50/50 split between those where were right-handed and those who were left-handed as both populations jockeyed for position.

The authors say their model could be used to predict left-handedness in nearly any group, from sports players to city dwellers, and even to animal species.

If cooperation is the key, then based on our low percentages of left-handedness, we humans have largely been a supportive bunch — from prehistoric to modern times. The same may not hold true for the animal kingdom. Take kangaroos, for example: A team of researchers observing the marsupials discovered that some pockets of kangaroo populations actually favor the use of their left paws most of the time. The jury's still out on whether it's because of their particularly competitive social constructs, or simply linked to posture and feeding preferences.

The altruistic tendencies behind a largely right-handed population could be a bright spot for the millions of people whose left-handed tendencies have been purposefully rerouted – people like Philadelphia-based SEO editor Jason Bauman. His kindergarten teacher tried to force him to write using his right hand with his left hand behind his back.

Although his parents stepped in and insisted he be allowed to write with his left-hand, he was nearly one of a long line of involuntary right-handers. “My grandmother used to be left handed, but growing up, her teacher tied her arm behind her back to force her to use her right hand,” Bauman says.

Now That's Cool
Hate horror movies? One study has shown that lefties are more affected by fear than the general population is.

Wearable Tech for Pets: A Whole New Way to Call Your Dog 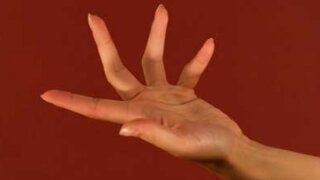 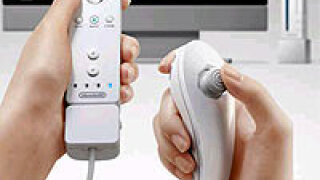 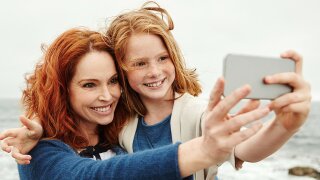