Thousands of online voters chose the winners of the 2016 Best Illusion of the Year Contest on June 30, and we have to say, the entries were pretty awesome. Here are the top three finalists, along with explanations of the optical illusions.

This is a clever combination of shadow puppets and a Victorian optical toy. In typical zoetropes, the pictures are placed inside the cylinder and viewed through slits in it. Scanning the pictures rapidly through the slits keeps them from blurring together in your brain while giving the impression of movement.

But in this particular illusion, the cutout birds are placed outside of the cylinder, attached on sticks. Nevertheless, when the cylinder is spun the birds appear to be flying. "Veras inverted the structure so that the slots strobe behind the cutout images, thereby animating them," wrote Stephen L. Macknik in a Scientific American blog.

In second place is the "Ambiguous Cylinder Illusion" by Kokichi Sugihara of Meiji University in Japan.

This one had the Internet buzzing. How is it possible that a collection of squares look like circles when viewed in a mirror and vice versa? Answer: The actual objects used are right in that space between circle and square, and were created with a 3-D printer. Two sides of the object curve upward and two curve downward. Your eyes and a mirror fill in the blanks.

"The direct views of the objects and their mirror images generate quite different interpretations of the 3-D shapes ... We cannot correct our interpretations, although we logically know that they come from the same objects. Even if the object is rotated in front of a viewer, it is difficult to understand the true shape of the object, and thus the illusion does not disappear," Sugihara said on the Illusion of the Year website. This explainer video shows how it was done.

In first place is "Motion Integration Unleashed: New Tricks for an Old Dog" by Mathew T. Harrison and Gideon P. Caplovitz of the University of Nevada, Reno.

In this video, you see rotating squares and circles rocking back and forth when they're actually not moving at all. In an interview with the Washington Post, Caplovitz, a psychology professor, explained the science behind the illusion.

"What's happening is that these little gratings — we call them sine wave gratings or Gabor elements — they are rotating on themselves and creating what are called local motion signals that are detected by our visual system. Our neurons then integrate these local motion signals, and that integration can lead to the experience of a rotating square, or these waves, which actually aren't there.

"I don't have a rotating square detector in my brain; what I have are neurons that detect local motion, and then other neurons that integrate them. And the output of that is what we experience. So the existence of the illusion is telling us something about the way the brain works."

He added that this illusion helps to explain the mechanics of viewing anything that's moving — how the brain is able to take bits and pieces of that information (say, of a car driving down a road and partially hidden by trees) and process it as a whole.

You can see rest of the top 10 finalists at this website. The annual Best Illusion of the Year contest is sponsored by the Neural Correlate Society, a nonprofit that promotes research on perception and cognition. The contest winner got a cash prize of $3,000; the second-place finisher received $2,000 and third-place finisher got $1,000. No doubt, the society will be accepting entries for next year's contest very soon.

Now That's Cool
The Best Illusion of the Year contest has been going on since 2005, but 2015 was the first year it went online, allowing people all over the world to vote.

Cities Built of Bone and Sewage Could Be Our Future Homes

Robotic Rectums Give Docs a Feel for Prostates 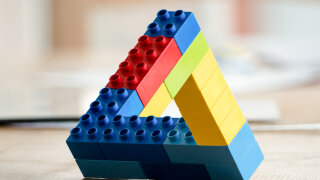 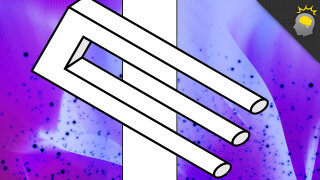 Stuff to Blow Your Mind: Your Trickster Brain: Optical Illusions -- Science on the Web