by Kathryn Whitbourne Apr 12, 2016
"Brainwashing" is one of many psychology terms we misuse regularly. Stephan Zabel/Getty Images

The journal Frontiers in Psychology has published an article listing 50 psychological and psychiatric terms that are "inaccurate, misleading, misused, ambiguous and logically confused." Many of those terms are ones we see all the time in publications or hear on TV. You might have used them yourself. Here are eight from the list, with explanations from the authors as to why they're problematic.

Medications such as selective serotonin reuptake inhibitors (Prozac, Zoloft) and tricyclics (Norpramin) are often called antidepressants. But there's little evidence that these are more effective for treating mood disorders than for other conditions like bulimia nervosa or panic disorder. "Hence, their specificity to depression is doubtful, and their name derives more from historical precedence—the initial evidence for their efficacy stemmed from research on depression than from scientific evidence." The writers also say that some scientists believe these medications are effective only for severe depression, rather than mild or moderate depression so the term "antidepressant" is misleading.

Thanks in part to marketing from drug companies, say the article writers, the public believes that depression is caused by a chemical imbalance of neurotransmitters like serotonin and norepinephrine. But "there is no known 'optimal' level of neurotransmitters in the brain, so it is unclear what would constitute an 'imbalance.' Nor is there evidence for an optimal ratio among different neurotransmitter levels."

"There is meager evidence that this purported epidemic reflects a genuine increase in the rates of autism per se as opposed to an increase in autism diagnoses," they write. The increase in autism diagnoses is due to more awareness of autism in society, more incentives for schools to report the condition and a lowering of the diagnostic threshold for the autism over successive editions of the Diagnostic and Statistical Manual of Mental Disorders, the bible of the American Psychiatric Association.

This term originated in the Korean War and implies that a powerful person can forcefully change the beliefs or attitudes of someone else for the long term. However, "the attitude-change techniques used by so-called 'brainwashers' are no different than standard persuasive methods identified by social psychologists, such as encouraging commitment to goals, manufacturing source credibility, forging an illusion of group consensus, and vivid testimonials. Furthermore, there are ample reasons to doubt whether 'brainwashing' permanently alters beliefs," the psychologists write.

Research has shown that the more people there are in an emergency situation, the less likely a victim is to receive help. But this is not due to apathy. "To the contrary, [bystanders] are typically quite concerned about the victim, but are psychologically 'frozen' by well-established psychological processes, such as pluralistic ignorance, diffusion of responsibility, and sheer fears of appearing foolish."

We just used that in the earlier paragraph ourselves. The media and some psychologists may say that personality traits like being religious, aggressive or prejudiced may be something we're born with. But the authors say that growing data suggests that "remarkably few psychological capacities in humans are genuinely hard-wired, that is, inflexible in their behavioral expression."

This polygraph test should really be called an "arousal detector" rather than a "lie detector" say the report authors. Why's that? "Because it measures non-specific psychophysiological arousal [heart rate, for instance] rather than the fear of detection per se, it is associated with high false-positive rates, meaning that it frequently misidentifies honest individuals as dishonest."

To read more about these terms and the other 42, see the article published in August 2015 in the journal Frontiers in Psychology.

Why Did Humans Lose Their Tails? 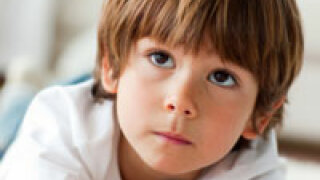 Can TV viewing cause autism? 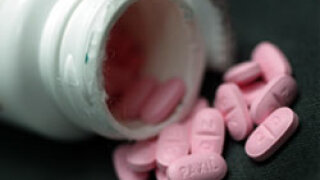 ‘What Day Is It Again?’ The Psychology of Tuesday