If We Could Bioenhance People to Be Nicer, Should We?

by Lauren Vogelbaum Sep 1, 2016
If We Could Bioenhance People to Be Nicer, Should We? Fw:Thinking

The hands you were born with are probably pretty great. Your fingers are dexterous, your skin tells you all kinds of things about the objects you touch and your thumbs are opposable. Not everyone is so lucky, but that's where science comes in: Medical researchers, engineers and even high-school roboticists with 3-D printers are making prosthetic hands that function increasingly like healthy flesh hands.

As far as status quos go, it's not too shabby. But what if, in the incredible future, we could make prostheses that are even better than the real thing? Would you trade in your healthy but ultimately humdrum hands for practical upgrades that could type faster, open the most stubborn jars, protract multi-tools or, say, shoot bees from the fingertips? Some futurists think it's not just possible but likely that we'll have options for upgrading our bodies with this kind of bioenhancement (OK, minus the bees) in 20 to 40 years.

And if we could build better humans, could we also build humans to be better? Moral bioenhancements could, hypothetically, guide (or force) people to be more civil/generous/kind, and less shortsighted/greedy/likely to troll on the internet.

These moral upgrades might come in the form of drug therapies, brain stimulation (electric, electromagnetic or ultrasonic) or genetic engineering, all targeted at the bodily systems responsible for our moral thinking and behavior.

Right now, such bodily systems have only been implicated – not confirmed – in medical and psychological research. We'd have to figure out a lot about how our brains work before we could safely implement moral upgrades – and that's assuming it's not impossible.

It's handy to have an example here, so let's talk about spiders. Anelosimus eximius, specifically. These South American spiders tend to live in social colonies of up to 50,000 individuals, cooperating to build the community web, capture prey and care for their young. They're even known to share their food supply, ensuring that no spider goes hungry.

Or that's how it usually works. In every generation, about 21 percent of healthy, established A. eximius colonies die off. A team out of the University of British Columbia recently investigated. According to their models and experiments, spiders in smaller colonies mostly compete to catch and keep small prey. Occasional larger prey get shared around evenly; hungrier spiders even receive preferential access. In these communities, some individuals may starve, but the overall colony persists.

Of course, spider behavior and human behavior are notably different. But should we take a lesson from A. eximius? We knew oversharing was a thing on Facebook, but could we cause serious problems if we started making people more moral? Over on the podcast Fw:Thinking, we talked (a lot) about this and dozens of other facets of the potential posed by moral bioenhancements – plus how they might be possible. Tune in using the player on this page, via your favorite podcast service or on the podcast site: here's Part 1 and Part 2.

You're Fired! AAP Backs Docs Who Refuse to Treat Kids of Anti-Vaxxers

How a Single Lightning Strike Instantly Killed Hundreds of Reindeer 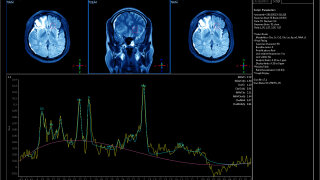 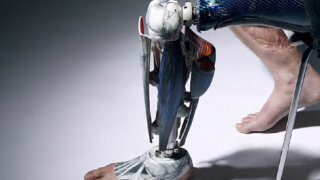 The Art of Prosthetics