What a Big Signature May Say About Your Personality 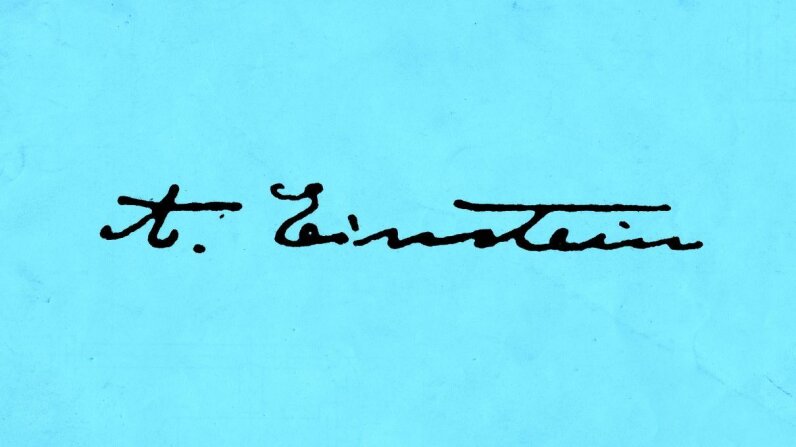 What would Einstein think about graphology? Universal History Archive/UIG via Getty Images

From hearts over the letter "I" to scrawls that are barely legible, signature styles vary as greatly as the people who sign their names. While researchers have long looked at signatures and handwriting for keys to people's personalities, many have dismissed it as hocus-pocus. Now, a study in the Journal of Research in Personality shows a correlation between larger signatures and personality traits that may have those naysayers changing their tunes.

The study included a survey of and a signature sample from 340 university students — 192 women and 148 men — in Uruguay. Without using any magic tricks, researchers found that people with larger signatures tended toward the high end of the "social dominance" scale, as determined by their agreement with statements like "I certainly have self-confidence." In a surprising revelation, women — but not men — with larger signatures also exhibited narcissistic tendencies, based on agreement with statements like "I am a special person."

Handwriting analysis, or graphology, has been debunked as pseudoscience by a number of psychologists and studies. The researchers claim this study is different because of its focus on signatures only, not general handwriting, and because of the methodology used. They measured signature size by the smallest possible rectangle or outline that can be drawn around it. They also controlled for variables such as the number of letters in the signature.

The findings indicate that the size of the signature specifically, not of the printed name, is linked with social dominance and narcissism — possibly because signatures are more personal than printed names.

So, grab a pen and bang out your signature. You may learn some things about yourself that you didn't know.

Now That’s Interesting
Curious to find out what your handwriting says about your personality, despite graphology's reputation as a quack science? This article can give you some insight from a graphologist.