Power of the Will 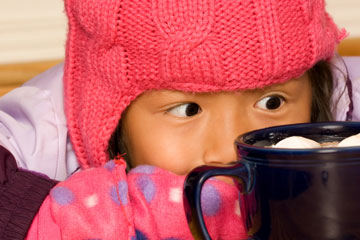 The irresistible lure of the marshmallow ...
Kim Gunkel/E+/Getty Images

In the lab, researchers measure willpower based on people's persistence with a given task -- be it solving a puzzle or abstaining from a chocolaty delight. Beyond this method, there's no universal measurement for human will.

Individual levels of willpower fluctuate throughout the day depending on diet, activities and other factors. Still, some folks experience a definite advantage. Roy Baumeister contends that there's likely some genetic component to human willpower, as self-disciplined parents tend to have self-disciplined children, but upbringing undoubtedly plays a strong role here as well [source: Economic Times].

This is where the marshmallows enter the picture. During the late '60s, the Stanford Marshmallow Experiment placed children ages 4-6 one at a time at a table in front of a tempting marshmallow. They were free to eat the alluring sugar puff, but there was a catch: If they resisted eating the marshmallow for a whole 15 minutes, they'd earn a second marshmallow.

As you might expect, most of the children broke after less than three minutes. The marshmallow was simply irresistible. Yet some of the children held out the entire 15 minutes, and these children went on to snag SAT scores 210 points higher than their sugar-happy counterparts [source: Lehrer]. The marshmallow gobblers, on the other hand, struggled with stress, relationships and attention as adults [source: Lehrer].

Since 1968, researchers have conducted various takes on the marshmallow test. For instance, a 2012 version from the University of Rochester primed the children to feel they were in ether an unreliable or reliable situation before the marshmallow test. Half the kids experienced a broken promise from a tester regarding additional art supplies, while the other half actually received them. When it came time for marshmallows, the rewarded children held out four times as long than the spurned children on eating the treat [source: Severns].

A new riff on the marshmallow test suggests kids will wait longer — on average twice as long — for that second marshmallow if they have good reason to believe that it will actually come.

So what are we to make of willpower? Some of us possess more than others, but it's a finite commodity. We can press on through ego depletion fatigue and believe ourselves inexhaustible. We can boost ourselves with sugary snacks. We can make deals with ourselves concerning long-term rewards. Or we can even threaten ourselves with punishments for failure, lashings ourselves to the figurative mast in what we call a Ulysses pact.

In the end, however, it's just you and the thing you simultaneously desire and loathe. So set obtainable goals. Remain conscious of limited willpower reserves, yet don't fall back on it as an excuse for caving.

But if all else false, just remember the words of Oscar Wilde:

"The only way to get rid of a temptation is to yield to it."

Willpower victories and failures happen every day. Even as I was writing this, I observed my dwindling reserves of willpower in my own life. Following some research and planning, I wrote the first page on a Monday afternoon. The following day, I started bright and early, powering through the rest of the first draft. But then came Wednesday.

Wednesday is the day that Julie and I record episodes of "Stuff to Blow Your Mind," so the entire morning consisted of last-minute additions to notes and time in the studio. By the afternoon, my brain felt a bit drained. So when edits came back to me from Allison, I managed to kill an hour tending to my work social media pages and tending to listener mail. After that, I still didn't have the willpower to dive back into the edits.

And that's when I spied the giant jar of gummy bears. They gleamed like globs of liquid rainbow in the afternoon sun. And I remembered they were left over from the office holiday party. I gobbled down one handful. Then, to my shame, I reached in again.

Now, riding a wave of restorative glucose, I'm finally finishing the article up. That's science in action for you.