You Really Can Look Like Your Name, Research Says

by Shelley Danzy Mar 7, 2017
The names we're given may have an affect on our appearance. Thomas Barwick/DigitalVision/Getty Images

Are you good at placing a name to a face? The type who could find a Waldo in a crowd, even if he didn't have on a red-and-white striped shirt and matching pom-pom hat?

A new study, published in the Journal of Personality and Social Psychology, posits that name stereotypes actually can manifest in a person's facial appearance. Lead author Yonat Zwebner, then a doctoral candidate at The Hebrew University of Jerusalem, and a team of international researchers put this face-name matching effect to the test.

In a series of experiments, hundreds of French and Israeli participants viewed high-resolution headshots of unfamiliar people on a computer screen, without any demographic details. Then they selected one of four or five names listed that they thought was the correct name of the person in each picture. The participants accurately predicted the name of the person in the picture 25 to 40 percent of the time. That's up to 20 percent higher accuracy than chance.

Sure, stereotypes related to names have been around for decades, and could have been at play here. For instance, controversial studies have shown — and disproved — hiring bias on the basis of a name's assumed race. But the researchers accounted for potential confounds related to ethnicity, age and name frequency in their experiments, finding that participants could pick correct names beyond the limitation of cultural assumptions.

Zwebner believes face-name matching is actually a self-fulfilling prophecy: "If other people expect from you certain things – you may eventually fulfill their expectations," she says via email. She references prior studies that show a "Katherine," for instance, is more successful than a person named "Bonnie," and that people imagine a "Bob" to have a rounder face compared to a "Tim."

The researchers also wondered whether this effect would occur if a computer, sans human bias, were the guesser. The team scaled up the number of faces to 94,000 from a dataset of profile images. (The other experiments only used around 100 different faces.) Using a machine learning algorithm, they taught a computer to match faces to one of two names. The computer won big, accurately matching 54 to 64 percent of names to faces, significantly above the 50 percent chance level.

"The fact that a computer can match the correct name to its face is ... an extremely strong support for the idea that indeed there is something in the face alone that is congruent with one's name," Zwebner says. "It is not any more about people who choose the name if even a computer can do the same – the name is indeed manifested in the facial appearance." Also, participants accurately chose people's names based on their hairstyle, suggesting that name expectations can even influence people's external features. So, for example, Katherine might end up wearing a bob because Katherines are socially expected to.

Zwebner encourages people to ask themselves if they'd trust a salesperson who doesn't look like his name, or hire someone who looks different from what they imagined. "It is surprising to see the effect of a seemingly arbitrary choice of a 'tag' – our name – given to us by others (usually our parents) when we are born, even regarding our own facial appearance."

In the study, French people were better at guessing French names and faces, while Israeli people were better at matching Hebrew names and Israeli faces, so cultural familiarity greatly influenced expectations. And the study participants were of only two nationalities, so results could vary when others are included. But in any case, Zwebner says, the face-name matching effect has "life implications," and this research gives parents a lot to consider when choosing their child's name. "Once people will be aware of [stereotypes], they can choose whether they want to embrace their effect on them or defeat them," she says. ​

Now That's Interesting
Prosopagnosia (aka face blindness) is a neurological disorder that makes those affected unable to recognize faces.

One Vaccine Breakthrough in the 1960s Has Prevented 10 Million Deaths 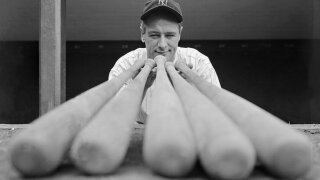 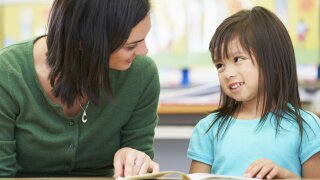 Should children call adults by their first names?

Baby Names Are Getting More Unique in the U.S., Even When Times Are Tough