What is laughter therapy?

Laughing at Things That Hurt 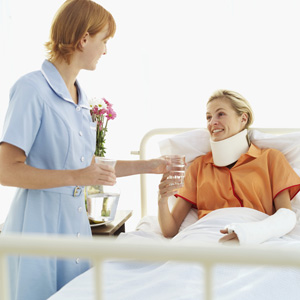 Instead of wallowing in embarrassment, consider how falling down the stairs in front of everyone could be turned into a funny anecdote.
Stockbyte/Getty Images

If you think there are some things in life that simply can't be laughed away, consider the story of Annette Goodheart. Goodheart was sexually molested as a child, married an alcoholic and indulged her demons with compulsive overeating [source: McCarthy]. She credits laughter with her recovery and now, armed with her Ph.D., Goodheart counsels others on how to laugh through pain. She doesn't tell jokes, but rather provides space for her patients to laugh, even when society would rather we keep a stiff upper lip.

We all know people who are wound too tightly, who are holding on to past pain. Laughter can help those people loosen their grip and begin to let go of what's bothering them. Researchers at Texas A&M University found that humor leads to increased hopefulness [source: Texas A&M University]. The researchers believe that laughter can help fight negative thoughts in the brain, and with an increase of positive emotions, people begin to see a way out of their misery. Free from the shackles of negativity, people begin to see how to form a plan of attack to deal with the given situation.

Laughing at things that hurt can be cathartic and serve as a way for people to regain control over situations that left them feeling powerless. Even a chuckle after being admonished by a rude police officer can help you to let go of the small stuff. While we could all afford to take life a little less seriously, there are a few instances to tread carefully with laughter therapy. Using humor that could be construed negatively, such as sarcasm, can do further damage. It's also important to consider the willingness of your patient -- not everyone is ready to let loose with the ho-ho-ho's as soon as they arrive in the hospital. It may be more suitable in the aftermath of a crisis or in a recovery situation [source: MacDonald].

So, before you get yourself all worked up over something that seems like the end of the world, consider whether it wouldn't be easier to see what's playing on Comedy Central. With a few good laughs, your cable bill can double as your therapist's bill.

For more on how laughter and happiness can work wonders in your life, see the links below.