Can sleep make me happy?

Browse the article Can sleep make me happy? 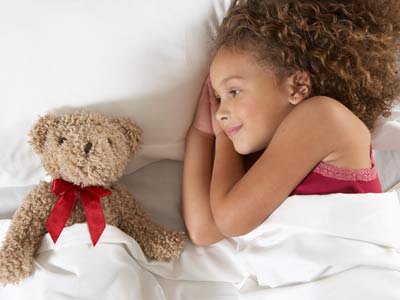 A good night's sleep AND a teddy bear? What more could anyone ask for?
Thomas Northcut/Lifesize/Getty Images

"Early to bed and early to rise makes a man healthy, wealthy and wise" is a phrase from "Poor Richard's Almanack," first published by Benjamin Franklin in 1732. That's quite a tall order for just one night of sleep, but it's hard to disagree with the concept behind Franklin's statement. Getting a proper amount of sleep each night plays a huge part in ensuring a high quality of life. Is it possible that the pursuit of happiness, to borrow a phrase from one of Franklin's fellow founding fathers, could be achieved by going to bed?

Certainly, we don't advocate sleeping the day away; oversleeping can be a symptom of depression. But there's no denying that we feel better when we get the right amount of sleep each night, particularly when you compare how we feel on no sleep at all. It's hard to enjoy your favorite activities or accomplish anything at work or school if you're bleary-eyed, cranky and gulping down all the coffee available in a five-mile radius.

That's easy enough to say, you may be thinking, but who has the time to sleep? There are too many other fun things to do, like holding movie marathons with the girls, engaging in epic battles of video games until the wee hours of the morning or finishing that best-selling page turner. By staying up a few hours later, we can chat online with friends living halfway around the world in different time zones or see the end of the Academy Awards. And it's not all fun and games, either -- many of us feel compelled to burn the midnight oil just to finish our family's laundry or to meet an impossible deadline for work.

But if you think that the hours of lost sleep to finish your work-related projects will pay off in a big promotion one day, consider these words from psychologist Norbert Schwarz: "Making $60,000 more in annual income has less of an effect on your daily happiness than getting one extra hour of sleep a night" [source: Barnett]. Scientists may not know exactly why we need to go to sleep every night, but they are learning what will happen to our bodies and minds if we don't. Read on to find out why you owe it to your family, friends, co-workers, and of course, yourself, to get a proper amount of sleep each night. 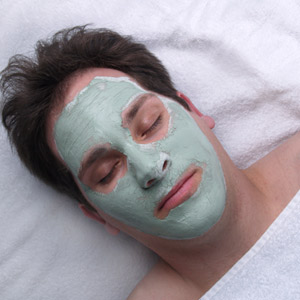 With or without a facial mask, sleep is good for the skin.
© iStockphoto.com/shorrocks

Many theories of why humans require sleep are related to the brain. It's possible that our brain needs time to rest or reorganize the information it's acquired during the day. However, there's no denying that sleep plays an important role in our physical health as well.

They don't call it beauty sleep for nothing, as anyone who's woken up with dark under-eye circles and sallow skin can attest. During certain parts of the sleep cycle, your body turns into a repairman of sorts and releases growth hormones. The growth hormones set to work fixing damaged tissues, including the skin. If you don't get enough sleep, not only do you shortchange yourself on the growth hormone, you're also at risk for boosted levels of stress hormones, which can wreak havoc on your skin and age it prematurely.

If your idea of health and beauty is the ability to fit into your favorite pair of jeans, you might be interested to learn that sleep deficiency has been linked to obesity. Sleep is an important part of any healthy diet, because a lack of it affects hormones that control appetite. Sleep deprivation appears to decrease the amount of leptin and increase the amount of ghrelin in the body. When everything is working correctly, leptin is the hormone that tells your brain that you're full and can stop eating, while ghrelin alerts the brain when you're hungry and need to eat. Reversing those levels means that you'll always feel hungry, and your brain won't get the message that you're full.

Beauty sleep is more than skin-deep, though. Until fashion magazines start celebrating the puffy eyes, runny noses and feverish look that comes with a cold or flu, you'll want to stock up on sleep because it boosts your immune system. Sleep fends off other illnesses and diseases as well; a lack of sleep has been linked with conditions such as heart attack, diabetes, stroke and cancer.

Health problems are stressful enough; find out what happens when you add more stress on top of that on the next page. 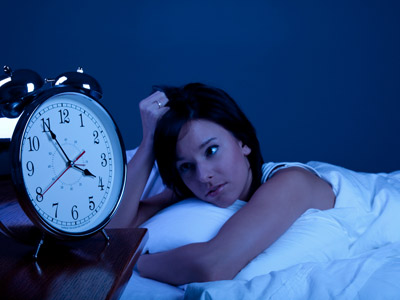 Watching the sleepless hours slip away only heightens our stress.
© iStockphoto.com/jhorrocks

In 2004, the makers of the prescription sleep aid Ambien partnered with Sperling's BestPlaces to create the "Sleep in the City" report. Using data from the Centers for Disease Control and Prevention, the report ranked the best and worst metropolitan areas in the United States for getting a good night's rest. Apparently, if you want some seriously good shut-eye, you should head for Minneapolis, and if you enjoy tossing and turning, you should head for Detroit [source: Williams].

Stress is one of the leading causes of insomnia, so it makes some sense that the people of Detroit, home of the troubled automobile industry and a high level of foreclosures, would have some problems getting to sleep. Since the study's publication in 2004, however, all Americans were exposed to the effects of a tanking economy; in March 2009, one-third of those polled by the National Sleep Foundation reported losing sleep due to stress related to the economy [source: Kay].

The relationship between stress and sleep is a vicious circle. Too must stress, be it regarding financial concerns, health problems or relationships, makes it harder to sleep. A lack of sleep, however, only increases the amount of stress that you feel because your sleep-deprived body churns out more stress hormones. Insomnia due to stress has been linked with increased risk for anxiety disorders and depression [source: American Academy of Sleep Medicine]. And long-term stress can be a risk factor for many conditions, including heart disease.

Losing sleep to stress can have serious consequences for your daily life. The sleep-deprived have a harder time concentrating on work or school and subsequently suffer from poor occupational or educational performance. Tired people are more at risk for on-the-job injuries -- and while an exhausted deli worker may only have him or herself to blame when a finger is lost to the slicer, others may put more than just themselves at risk when they go to work tired. In 1997, a study published in the New England Journal of Medicine detailed the frequency with which long-haul truck drivers fell asleep at the wheel [source: Gawande].

Whether you're a truck driver or a cubicle jockey, you probably have enough to stress over without adding unemployment to the list. If thoughts of stress keep you awake, you might try writing all your worries in a journal in the evening to get them out of your system. Then, commit to not thinking about them when you should be counting sheep.

Even if you're moderately functional on just a few hours of sleep, you may not be the most enjoyable person in the world to be around. How does sleep manage to affect our emotional state so acutely? 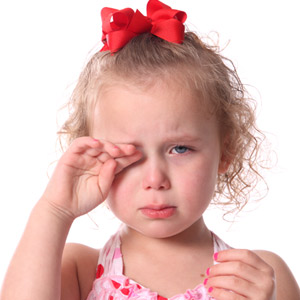 Someone needs a nap.
© iStockphoto.com/princessdlaf

When people are grumpy and irritable, we have a tendency to say that they woke up on the wrong side of the bed that morning. More likely, they woke up with too few hours of sleep under their belt. When we're tired, we're often moody and irritable. We may be short and snippy with those we care about the most. In this way, a lack of sleep can seriously stress our personal relationships, which is a pretty big deal when you consider the important role social networks play in determining our happiness.

In 2007, researchers examined just what's happening in sleep-deprived brains that might make us so grouchy. While a control group was allowed to sleep through the night, another group of subjects was kept awake for about a day and a half. Then both groups were shown images while their brain was monitored via functional magnetic resonance imaging (fMRI). Some of the images were extremely ordinary, such as pictures of a spoon, but gradually the pictures became more and more disturbing; at one point, the subjects were shown shark attacks and mutilated bodies.

When the sleep-deprived group was shown the gory images, the emotional centers in their brains became 60 percent more active than the control group's [source: Choi]. That large amount of difference between the groups surprised even the researchers, who posited that the prefrontal cortex, which helps to keep our emotions in check, wasn't able to send out inhibiting signals regarding emotions in the sleep-deprived. Without sleep, our emotions can run wild, but you're not likely to get happy out of an all-nighter; rather, the emotional centers that were activated were those connected to depression [source: Jayson].

You don't need an fMRI to know that being tired can leave you so frazzled that you can't enjoy life properly, though. So to ensure maximum levels of happiness, get enough sleep each night (seven and a half hours is recommended for most adults). If you have problems sleeping, try these tips:

For more on the things of life that can make you happy, see the links on the next page.