Browse the article Why are lobsters being used in new X-ray technologies? 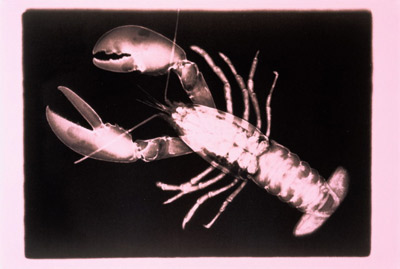 The latest adv­ance in the war against hidden bombs, lurking cockroaches and illegal immigr­ants comes straight from the floor of the ocean. Lobsters possess one of the most unique vision systems in the animal world, and researchers are working on adapting that system to X-ray scanners that will make steel walls about as opaque as tissue paper.

This system works well, but it's not ideal. First, the refracted X-rays are bending at different angles, so it's difficult for the optics to effectively collect and focus them. Second, since the refraction makes the system less efficient, the X-rays have to be pretty high-powered in order for the optics to gather enough energy to form an image. And high-power X-rays aren't the safest thing in the world.

The eyes of humans and other animals also rely on refraction. But not lobsters. The way a lobster perceives light is different, and it's a visual system that's almost entirely unique to crustaceans. So what makes lobster vision so special? Next, find out why the eye of a lobster is a lesson in visual efficiency. 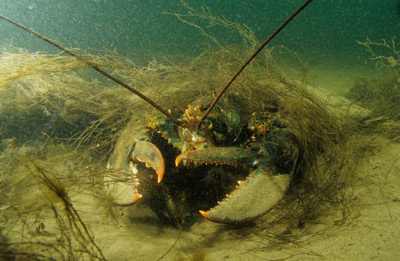 Lobsters see by reflection, not refraction. The reflection is made possible by thousands of squares located in the lobster's eyes, which are near the base of the antennae. These squares are the lobster's optics. Composed entirely of straight walls and right angles, as opposed to the human eye's curved rods and cones, a lobster's eye reflects the light beams that enter at standard, very shallow angles, or "grazing angles." The consistency of these angles of reflection allows the imaging system to send all of the beams reflected by a particular object (like potential prey on the ocean floor) to the same focal point.

A new scanner in development at Physical Optics Corporation and funded by the U.S. Department of Homeland Security incorporates a lobster's reflection-based eyesight. It's called the Lobster Eye X-ray Imaging Device (LEXID), and it replicates the crustacean's optical system to a relative tee. The device consists of a low-powered X-ray generator and an optics system. The optics system is made up of thousands of metallic, highly polished squares that reflect and align the X-rays as they pass through, headed toward an object of interest (like a point on the outside of a cargo container). The beams bounce off the walls of the squares in completely predictable angles, so the system can set them moving in parallel waves. The parallel emission of the rays allows them to strike a much smaller area all at the same time, making for deeper X-ray penetration.

Instead of detecting X-rays that pass through an object, LEXID detects rays that are scattered back to the device. The optics system acquires and focuses these back-scattered rays by collecting all of the reflected beams into one focal point, instead of analyzing divergent beams at different points in the system. The ability to focus all reflected light in a smaller area makes for a more precise sensory pick-up. It's a very efficient scanning system.

LEXID can see through concrete, wood and up to 3 inches (75 mm) of steel with ease -- if not with perfect resolution. The picture isn't high-def, but it's good enough to make out what's inside a cargo container. And, because the optics can focus the X-rays more efficiently, they can be lower-powered without sacrificing visual capacity. That means the scanner can be used on human beings much more safely than current systems. The radiation exposure is much lower.

But how does this affect the world's termite population? Read on to check out the brave new world of applications for lower-power, higher-efficiency X-ray technology. 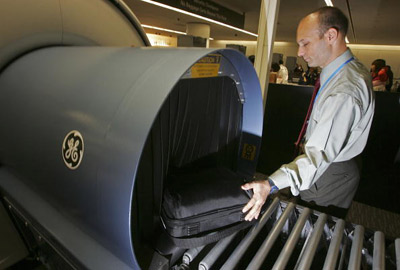 As with most spy gadgets - especially those that don't pose a major radiation risk to human bodies -- LEXID and its related technology have a pretty broad range of applications. Everybody wants one. The Department of Homeland Security has put about $1 million into the project for obvious reasons: Seeing through walls is a big boost in the anti-terror effort.

Current X-ray systems used to scan luggage and international cargo containers are absolutely huge. Portability isn't an option. But with a handheld scanner like the LEXID, it's easy to see what's inside cargo containers, trucks at border crossings or cars sitting on the side of the road in a war zone.

Physical Optics plans to have LEXID on the market as early as 2008, and it won't be available to just Homeland Security. At a projected price of well less than $10,000 per scanner, the field is open for all sorts of uses. House inspectors, exterminators and construction workers could see exactly what's inside the walls and foundation of a house. Archaeologists could save themselves weeks of trying to get inside a delicate structure only to find that it does not, in fact, hold the secret to the fall of Rome. SWAT teams could see exactly what they're dealing with before they run into a building. Lower-power, higher-efficiency X-ray technology could mean that radiology departments can get rid of the lead blankets.

Lobster vision is just coming into its own, but it's not a new pursuit: Astronomers have spent the last 30 years developing a lobster-eye-based optical system. One of the latest incarnations is called the Lobster-ISS telescope, which could end up shedding light on dark matter and dramatically expand extra-galactic exploration. With the help of our delicious crustaceous friends and some good-old ingenuity, we'll be viewing supernovas, black holes and bad guys in this galaxy and far, far beyond in no time.

For more information on the future of airport security and how lobster vision might illuminate dark matter, check out the links on the next page.