It started when astronomers saw a star acting suspiciously.

Located in the middle of a nearby globular star cluster, the star was exhibiting erratic behavior. Like a fish hooked on an invisible line, it seemed to be trying to evade its invisible captor by thrashing around, being flung backward and forward at great speed in a pattern that would repeat every 167 days.

Indeed, the star was "hooked," not by some fantastical cosmic fisherman, but by a black hole's gravity — and it turns out that this black hole is a little bit special.

Our galaxy, the Milky Way, is surrounded by over 150 globular star clusters. These ancient masses contain tens of thousands of stars and are thought to be the oldest accumulations of stars known in the cosmos.

While studying one of these clusters, called NGC 3201, astronomers using the MUSE instrument at the European Southern Observatory's Very Large Telescope (VLT) in Chile saw one of the cluster's stars behaving oddly. The key strength of MUSE is that it can simultaneously study many thousands of stars, and the erratic behavior of one of them deep inside NGC 3201 stood out from the crowd.

Astronomers analyzed the star's motion and worked out that it's circling an invisible point in space, which can mean only one thing: It's orbiting a small black hole. But the thing is this black hole would have to be tiny (as far as black holes go), with a mass of around four suns.

This is the first time that such a small black hole has been discovered by studying the motion of a star orbiting it. Usually, stellar-mass black holes are discovered by looking for the powerful X-ray emissions blasting from the hot accretion disks surrounding them. In this case, the black hole appears to be dormant, with no accretion disk acting as a beacon in the dark.

Also, the black hole shouldn't be there. At least, according to dynamical models of globular clusters.

"Until recently, it was assumed that almost all black holes would disappear from globular clusters after a short time and that systems like this should not even exist!" said Benjamin Giesers, of Georg-August-Universität Göttingen, Germany, in an ESO statement. Giesers is the lead author of the related study to be published in Monthly Notices of the Royal Astronomical Society. He added, "But clearly this is not the case—our discovery is the first direct detection of the gravitational effects of a stellar-mass black hole in a globular cluster. This finding helps in understanding the formation of globular clusters and the evolution of black holes and binary systems—vital in the context of understanding gravitational wave sources."

Since their first detection, gravitational waves have revealed a previously invisible realm of the universe. These ripples in spacetime have illuminated colliding stellar-mass black holes in distant galaxies, and astronomers have used the gravitational wave signals to better understand the environments in which these black holes (and neutron stars) collide and merge. By deciphering the spin of the black holes before they collided, astronomers have worked out that at least one of these mergers likely occurred inside a dense globular clusterlike environment.

The discovery of a four-solar mass black hole inside NGC 3201 therefore supports the idea that small black holes can live inside globular clusters and that the gravitational waves from mergers may well have come from these ancient collections of stars.

Now astronomers need to discover more of these black holes to find out if the one in NGC 3201 is the norm or the loneliest black hole in a globe of stars.

Now That's Interesting
Some black holes are so active they're "practically hyper," as NASA notes, while others, like the one in NGC 3201, are dormant, and some are just plain old lethargic.

Winter Tires Really Do Make a Difference in the White Stuff 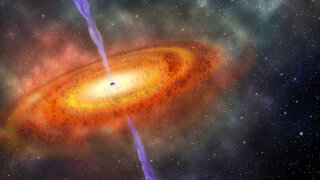 Most Distant Black Hole Discovered, But Why Is It Such a Monster? 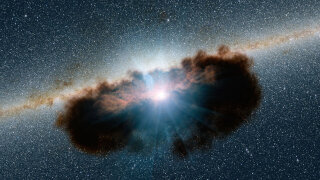 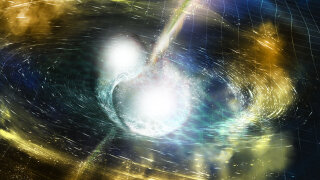