The Man on the Moon Is Calling, Via the First Lunar Cell Network

by Nathan Chandler Feb 28, 2018
What if Buzz had carried a smartphone when he took that first step decades ago? Keystone/Hulton/Getty Images

Half a century after the first humans walked on the moon, Earth's satellite buddy will finally be getting its first communications system. That's right, soon the moon will be graced with a 4G cellphone network. Vodafone, Nokia and Audi (yes, Audi), along with German space company PTScientists, plan to launch their ambitious 2019 mission from Cape Canaveral via a SpaceX Falcon 9 rocket.

The project isn't meant to help extraterrestrials phone home or stream "X-Files" episodes. Instead, the system will help two Audi quattro lunar rovers communicate with a base station that weighs just over 2 pounds (0.9 kilograms) and is called, aptly, the Ultra Compact Network. If the Autonomous Landing and Navigation Module (ALINA) touches down without malfunction, the network will be up and running shortly after the craft lands on the moon, zipping 4G (1800 megahertz) signals in the local area.

Using the high-speed, energy-efficient network, the rovers will transmit a raft of scientific data, high-resolution pictures and video to the base station. That station then will relay content back to Earth, where one can only assume that scientists will post video excerpts to their Facebook accounts in hopes of generating just a few more Likes.

Kidding aside, the mission has its roots in the Google Lunar X Prize, a $30 million challenge put forth by the tech giant to spark a successful moon landing by someone, anyone, who had the know-how and cash to propel such a project. No team managed to meet the prize deadline of March 31, 2018, but PTScientists — which had already invested a lot of time and money in their X Prize pursuits — decided to push forward even without the $30 million carrot dangling in front of them.

The Audi rovers won't just be going for leisurely Sunday drives. Their ultimate aim is to investigate the site of NASA's Apollo 17 mission, the last manned moon landing, which occurred in December 1972 and saw Commander Eugene Cernan and lunar pilot Harrison Schmitt exploring the Taurus-Littrow valley. If successful, researchers will have a blast exploring powerful (but dusty) history, and moon-landing deniers will have a much harder time promulgating their flat-Earth beliefs.

Commander Eugene Cernan drives the lunar roving vehicle during the early part of the first moonwalk at the Taurus-Littrow landing site during the Apollo 17 mission. You can see the lunar module in the background.
NASA/Harrison Schmitt
NOW THAT'S INTERESTING
If you're a cellphone fanatic, you probably already know that 5G networks are nearing reality. So why not equip this audacious mission with the latest and greatest instead of now-aging 4G technology? Well, 4G is extremely efficient – even more efficient than analog radio — and it has more bandwidth, too. More important, the lunar team wanted to stick with a proven technology.

Marjory Stoneman Douglas Was the Voice of the Everglades 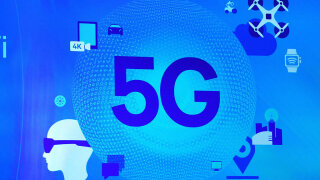 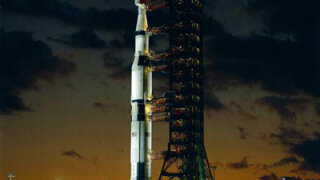 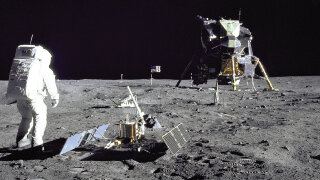 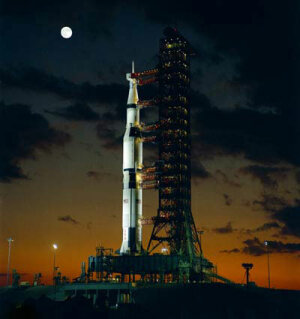 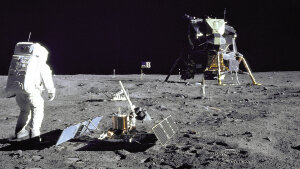