by Laurie L. Dove Jul 10, 2018
When Mars reaches the portion of its orbit known as "opposition," Mars and Earth will be in a straight line from each other, with the sun in the middle. Stocktrek/Getty Images

Mars, you inspirational planet, you. You've fueled our thoughts of aliens and far-flung habitation. Your latest move, though, is giving us all the feels.

From July 27 until July 31, 2018, Mars will be at its most luminous because it will be closer to Earth — boosting our ability to view the red planet. But why? It all has to do with Mars' orbit.

Earth and Mars both orbit the sun, but because Earth is closer to the sun, it orbits at a quicker pace than the red planet. About every two years, when Mars reaches the portion of its orbit known as "opposition," it is precisely opposite the sun, at least from Earth's point of view. In essence, Mars and Earth create a straight line from each other, with the sun in the middle. This phenomenon will occur on July 27, 2018.

Mars Close Approach is July 31, 2018. On that date, Mars will be 10 times brighter than normal. It will reach maximum visibility at 3:50 a.m. EDT. Mid- to late-evening will be the best time to find Mars, in the southeast part of the sky, nestled in the constellation Capricornus.

And don't worry if you miss the July 31 viewing. Mars will remain brighter than normal until Aug. 3, 2018.

If you're really curious about the night sky, you won't want to miss the lunar eclipse that also will occur on July 27, 2018. As Mars and Earth go into total opposition, it will cause the longest lunar eclipse of the 21st century. A lunar eclipse occurs when the moon passes into Earth's shadow, directly opposite the sun. When the moon moves into the deepest part of Earth's shadow, it will turn red, which is why it is called a "blood moon." The phenomenon can be seen by people in Africa, the Middle East, southern Asia and the Indian Ocean, but the rest of us can — thankfully — watch on webcasts.

Now That's Interesting
A year on Mars is 687 days, almost twice as long as the 365-day year on Earth.

Why Walking Through Doorways Makes Us Forget

Back to the Caveman: Are Emojis Replacing Words? 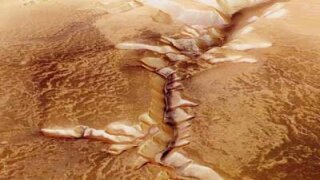 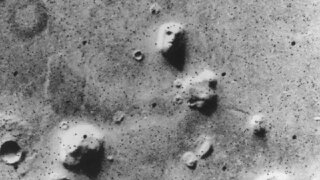 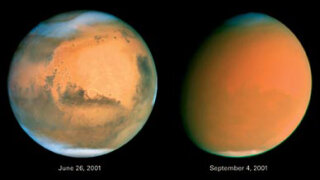