by Dave Roos Feb 6, 2018
What are some of the weirdest units of measurement out there? LueratSatichob/Getty Images

A Facebook engineer made headlines in January 2018 when he introduced a new unit of measuring time. It's called a flick or "frame-tick," and according to its chief inventor, Christopher Horvath, a flick is the smallest unit of time that's larger than a nanosecond, precisely 1/705,600,000 of a second.

Why do we give a flick? Because Facebook is investing heavily in virtual reality (see its purchase of Oculus Rift for $2 billion). And if you want to animate incredibly realistic VR experiences, the math behind the immersive graphics needs to add up.

If you're programming for video with a frame rate of 24 frames per second (fps), for example, each frame lasts an awkward 0.04166666667 seconds or 41,666,666.669 nanoseconds. And if you want to increase the frame rate for higher resolution, those numbers quickly become really messy to subdivide.

The flick is far from the only oddball unit of measurement out there. Here are some of our favorite lesser-known measurements that are completely useful to someone, somewhere. Probably.

Bananas are the most popular fruit in the world, with an estimated 100 billion eaten each year. But bananas are also ever-so-slightly radioactive. All that potassium is great for you, except for the 0.01 percent that's potassium-40, a radioactive isotope with a mellow half-life of 1.25 billion years.

Radiation researchers find it useful to compare doses of radiation to bananas in order to rate the seriousness of exposure. (Technically, the official unit of measurement for the biological effect of radiation exposure is a sievert, but what fun is that?) A dental X-ray, for example, is the equivalent of eating 50 bananas. A chest CT scan, on the other hand, is 70,000 bananas.

To die from acute radiation poisoning is equivalent to eating 100 million bananas, or 700 a day for your entire life.

This handy unit helps physicians and insurance actuaries calculate the probability that any particular activity will result in death. One micromort equals a 1 in a million chance of death. It was invented by Stanford University professor Ronald Howard (no relation to Opie) as a way for doctors to communicate the relative risks of different medical procedures.

The risk of dying from general anaesthetic, for example, in an emergency surgery is 1 in 100,000, which adds up to 10 micromorts. That's the same risk as skydiving or driving a motorcycle over a long distance. For reference, a 1 in a million occurrence would be flipping a coin 20 times and it always landing on heads.

No, this isn't a measurement of the volume of crushed peanut butter cups per square inch of a Blizzard. A shake is an infinitesimally small unit of time — 10-8 (10 to the power of minus 8) seconds or 10 nanoseconds — used by nuclear engineers. In a nuclear fission reaction, fast-moving neutrons bash into atoms of uranium, which release more neutrons, which bash into more uranium atoms, and so on.

The average time it takes for a free neutron to be "captured" by a uranium atom in a fission reaction is 10-8, known informally as a shake, short for "two shakes of a lamb's tail."

Apparently, scientists never get tired of coming up with cute names for absurdly short units of time. The jiffy was originally defined by American chemist Gilbert Newton Lewis as the time it takes for light to travel 1 centimeter in a vacuum, which is a snappy 33.3 picoseconds (trillionths of a second).

Computer scientists adopted the unit for their own purposes, equating 1 jiffy to each tick of a computer's internal clock. That number changes with different machines, but is averaged to 10 milliseconds (that's what Google uses to convert a jiffy to seconds).

Electrical engineers say a jiffy is the time it takes for an AC power current to cycle. In the U.S., AC power cycles at 60 hertz or 60 times a second. So, 1 jiffy equals 0.0167 seconds. How exactly any of this relates to peanut butter, we have no idea.

Now That's Cool
Check out the official definitions for standard units of measurement like time, mass, length and temperature. Interestingly, they're going to change in 2019.

Are People Getting Lonelier? Experts Are Divided 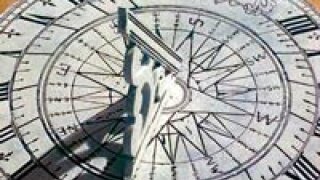 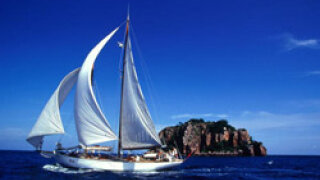 What is a nautical mile, and how does it differ from a normal mile and a kilometer? 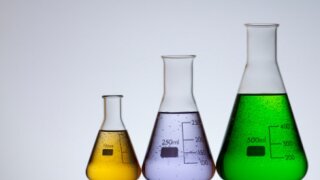