by Patrick J. Kiger Oct 9, 2018
Sir Michael Atiyah, a retired honorary professor in the School of Mathematics at the University of Edinburgh in Scotland, claims to have solved the 159-year-old Riemann hypothesis, long one of the great unsolved problems in mathematics. Tom Rocks Maths/HowStuffWorks/YouTube Screen Shot

At age 89, mathematician Sir Michael Atiyah is recognized as one of the giants in his field. Back in the 1960s, Atiyah and collaborator Isadore Singer proved the Atiyah-Singer index theorem, which had a powerful influence upon theoretical physics. In the decades that followed, he and collaborators used it to devise a mathematical tool for string theory, which seeks to explore the basic nature of matter. In 2004, Atiyah and Singer were honored with the Abel Prize, the math world's equivalent of the Nobel. And that's just the short version of his achievements.

But Atiyah, who is now retired and an honorary professor in the School of Mathematics at the University of Edinburgh, isn't one to rest on his laurels. In a recent talk at the Heidelberg Laureate Forum, he created a stir with his claim to have solved the 159-year-old Riemann hypothesis, long one of the great unsolved problems in mathematics. If Atiyah's proof eventually is accepted as correct, it could win a $1 million prize from the Clay Mathematics Institute, a Cambridge, Massachusetts-based organization.

But other mathematicians aren't yet convinced. In a series of tweets, University of California, Riverside mathematical physicist John Carlos Baez wrote that he has "huge respect for Atiyah, whose earlier work revolutionized geometry and physics," but predicted that his written proof "will not convince experts."

At the core of that debate is a concept that someone without a mathematics degree may find difficult, if not impossible, to grasp. Dating back to the ancient Greeks, it's been known that there are an infinite number of primes — that is, numbers that can only be divided by themselves and 1, such as 3, 5, 7, 11, 13, 17 and so on — but not how they're distributed. But 19th-century German mathematician Georg Friedrich Bernhard Riemann invented a way of calculating how many primes there are, up to a certain number, and at what intervals they occur, based upon the number of zeroes in an equation called the Riemann zeta function. While Riemann's formula has been shown to work for large numbers of primes, it's never been proven to work to infinity. (Here's a more detailed official explanation of the problem from the Clay Mathematics Institute's website, and an article on the hypothesis from Wolfram MathWorld.)

Primes "are the building blocks of all numbers since any number is a product of primes," Atiyah explains via email. "It is clear that they become scarcer as the size increases, but there seems no regular pattern. For thousands of years mathematicians have looked for patterns and found many. The Riemann Hypothesis when proved will give the final answer on the distribution of primes."

Atiyah said that he actually came upon his solution though a serendipitous route. "I was working on something completely different, an important and hard problem in physics, identified as such by [Richard P. ] Feynman and Einstein – what is the fine structure constant? When I had solved this I realized that the same methods would solve the Riemann Hypothesis. I have been a mathematician all my life and I am now nearly 90. I never had a specific target. I just followed my interests. I did not aim for the Riemann Hypothesis, it just came to me."

Atiyah isn't surprised by all the doubters. "Many famous mathematicians over the centuries have tried and failed, so it is inevitable that a claim by a 90-year-old mathematician who had never studied primes would meet with universal skepticism," he explains. "The reason my claim should be taken seriously is that I came upon it by accident, so that my approach is really novel."

"One analogy is from mountaineering. For many years climbing Everest was the goal, but no-one climbed it and came back alive. But imagine someone from another valley who climbed a local peak by an easy path and, getting to the top, saw an easy route up to Everest from an unexpected direction. That I believe is what I have done and, had [Sir Edmund] Hillary and Tenzing Norgay waited, they might have been beaten to their aim by a local shepherd without special mountaineering skills."

Atiyah's speech in Heidelberg was just the start of the vetting process for his solution. Ross explained that the esteemed mathematician will have to submit a paper to a respected journal, whose editor will select experts in the field to work their way through the paper and decide whether its technical details are correct, before it can be published. That process could take months. Additionally, the Clay Mathematics Institute's rules require another two years to pass after publication before a solution can be considered for the $1 million prize, during which time "the proposed solution must have received general acceptance in the global mathematics community."

Atiyah said he hasn't completed a final version yet of his proof (here's an incomplete draft that's available online). But he's already planning to take on other mathematical challenges. "Having solved one famous problem by finding an easy route it is natural to look for other famous problems that can be solved in similar ways," he says. "Other mountains for which easy paths can be found. There is no shortage of candidates including ones that have been solved by hard work, such as Fermat's last theorem or the Feit-Thompson theorem about finite groups of odd order. In fact I did write a paper with a short proof of the Feit-Thompson theorem but have had difficulty getting it published. So I just moved on and solved my problem in physics. Eventually my proofs will be accepted, though I may be 100 years old by then." 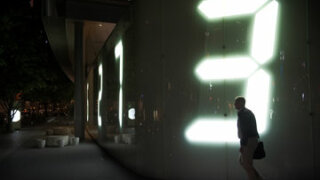 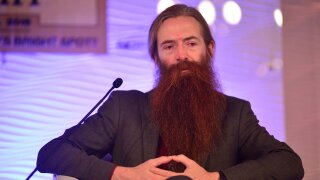 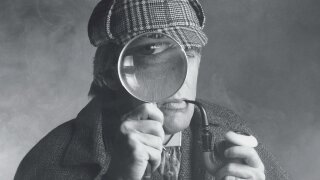