How could the Airborne School help your career? 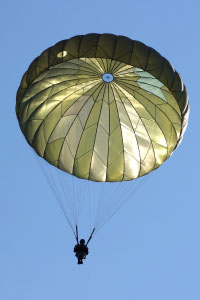 Can the skills you learn at Jump School help you with your career?
©iStockphoto.com/william87

Thrill seekers love to jump out of planes for fun, so you can imagine how many soldiers are excited to earn their "jump wings" with formal training at Airborne School, also known as Jump School. In fact, Airborne School, where soldiers learn to parachute from an airplane, is often used as a recruiting tool for the U.S. Army. Many soldiers have Airborne School written into their initial enlistment or reenlistment contracts. No doubt the training is alluring, but can the skills you learn jumping from an airplane possibly help you in your career?

Of course, it couldn't hurt your military career to be airborne-qualified. We spoke with Maj. Robert Yerkey, Executive Officer for 1st Battalion (Airborne), 507th Parachute Infantry Regiment, 199th Infantry Brigade, who trains soldiers at Airborne School. Maj. Yerkey explains that the Army has a few units that require airborne training, such as the 82nd Airborne Division and the 173rd Airborne Infantry Brigade. Army Rangers and Special Forces must also be airborne-qualified.

But your post-military career is a different question. One might assume that being airborne-qualified could train you to be a forest firefighter, commonly known as a smokejumper, because they have to parachute into remote locations. However, we spoke with Josh Mathieson, operations captain at California's smokejumper base in Redding, who informed us that the Army's training isn't the same kind of training you'll receive when becoming a smokejumper. Although having the Army experience can help, the areas firefighters jump into and the aircraft they jump out of are so different that you'll have to learn a whole new technique. Mathieson tells us the Army's training could actually turn out to be a disadvantage for smokejumpers because they'll have to unlearn the habits ingrained in them at Airborne School.

The U.S. Army's Web site clearly states that the Airborne School has no related civilian jobs, so this particular training won't be applicable to a post-military career. However, it also adds that you'll grow in confidence, pride and leadership skills. Maj. Yerkey also pointed this out, saying that Jump School teaches soldiers to face their fears and stay calm in stressful situations. And that will be invaluable no matter what kind of post-military career you have. 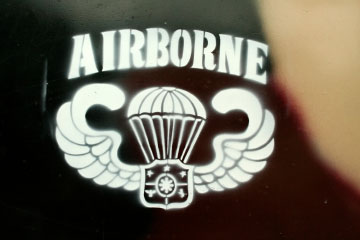 At the very least, Airborne School can give soldiers confidence.
©iStockphoto.com/simongurney

So, the general consensus is that, although the Airborne School might not be able to help you directly in any particular post-military career path, you'll nevertheless learn invaluable skills that will help you in life. To explain, let's go over the rigorous training program that's involved in the U.S. Army's Airborne School.

Based at Fort Benning, Ga., Airborne School trains soldiers in static line deployed parachutes. Static line refers to a kind of parachute jump where the parachute is actually linked to the airplane. As a soldier jumps out, the line will pull the parachute open automatically without the soldier needing to do anything. The Airborne School includes instructors, known as "Black Hats," are from not only the Army but also the Air Force, Marine Corps and Navy.

The training is divided up into three weeks: Ground Week, Tower Week and Jump Week. Ground Week requires soldiers to pass the Army Physical Fitness Test (APFT), measuring physical fitness standards with push-ups, sit-ups and a 2-mile (3.2-kilometer) run. This week also involves learning the basics of exiting the aircraft using a mock door. Soldiers also learn landing technique to minimize impact to the ground. In addition, this week involves training from a 34-foot (10.4-meter) tower and gliding down a lateral drift apparatus.

The second week, Tower Week, involves simulation of the landing experience with what's called a Swing Landing Trainer (SLT). The soldiers have to qualify on the SLT in order to move on. They must also know mass exit procedures and demonstrate this on the 34-foot tower. Finally, they move up to a 250-foot (76.2-meter) tower in order to get some hands-on practice manipulating a parachute.

At last, during Jump Week, the soldiers get to jump from planes. It requires five successful jumps during this week to graduate from Airborne School. Most of the time, one of these jumps is done during the night, but some training cycles don't include a night jump. Three of the five jumps are called "Hollywood jumps" because the soldier doesn't carry extra equipment. But for at least two of the jumps, soldiers must carry a rucksack and dummy weapon. Soldiers jump at 1,250 feet (381 meters) from a C-130 or C-17 plane before they can finally brandish silver wings on their uniform [source: U.S. Army].

For lots more information on the Army and careers, jump over to the links on the next page.

China and the U.S. Can Avoid a Space War by Making That Hotline Bling
Growing Movement of Scientists Pushes for Ban on Killer Robots
Curtiss P-40 Warhawk