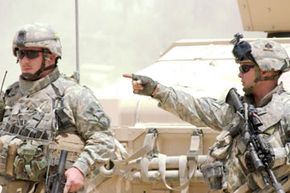 What does it take to get a position translating for the U.S. Army?
©iStockphoto.com/RockFinder

On the afternoon of April 9, 1865, General Ulysses S. Grant arrived at a small courthouse to meet with Robert E. Lee, the commander of the Army of Northern Virginia, a force Grant had ruthlessly pursued for months. After four years of war, Lee's army was hungry, tired and sick, and the 58-year-old Lee had come to Grant to bring their fight to an end. The two commanders had a quick chat about a time they met each other in Mexico, politely negotiated the terms of surrender, signed an agreement, and then waved each other off. The whole thing was over in just a couple hours.

Surrenders can be much easier when both sides speak the same language. Of course, the American Civil War was one of the last major conflicts where the United States would have the convenience of battling an opponent who spoke English. From World War I to Vietnam, to the United State's current conflicts in Iraq and Afghanistan, the U.S. military has rarely been able to fire a shot without bringing along bilingual soldiers. This was clear most recently when, in the months leading up to the U.S. invasion of Iraq, the U.S. Army began enlisting speakers of Arabic, one of the country's primary languages.

Any U.S. soldier entering a foreign country is usually provided with a list of common phrases to help them if he or she encounters locals or surrendering troops. For instance, during World War II, every U.S. soldier storming French beaches on D-Day carried a book of basic French phrases.

However, a phrasebook can only go so far when it comes to translating enemy communications or asking for help from local people. That's where the role of an Army translator is paramount.

But language isn't like most other military skills. Almost anyone, with the proper training, can drive a tank, shoot a rifle and guard a checkpoint, but learning a new language takes years. A translator once said that it's easier to teach someone to fly a fighter jet than it is to teach him a new language [source: Associated Press]. The Army can train soldiers, but it has to find translators.

So what kind of languages is the U.S. Army looking to translate? Spanish? Swahili? Esperanto? Read on to find out.

What languages are important to the Army?

The United States has troops stationed in more than 150 countries around the world [source: Department of Defense]. Whether military personnel are organizing joint maneuvers with the German Military or negotiating with Taliban commanders in Afghanistan, the U.S. Military always has plenty of language barriers to contend with.

Of course, the U.S. Army's translation needs change often based on the location of the conflict. During the Cold War, all branches of the U.S. military and intelligence services placed particular emphasis on learning Russian, German and other languages spoken within the Communist bloc. When the Soviet Union collapsed in 1994, however, these Russian speakers suddenly had nothing to translate. Conversely, at the close of 2001, when the United States was ramping up operations in Afghanistan, it needed to scramble to fill its ranks with enough soldiers able to speak languages such as Persian and Pashto.

The Army's demand for translators also changes based on the type of war being fought. In World War II, the marching orders were pretty simple: Armies would move into a new area, and if they saw someone wearing an enemy uniform, they would try to shoot him. Translators were only needed to interrogate prisoners of war, interpret intercepted messages and negotiate with enemy commanders.

It becomes more complicated with wars in Vietnam or Afghanistan, where U.S. personnel are facing off against guerrilla armies without identifiable uniforms. Fighting off an insurgency requires developing a close and trusting relationship with the local population -- something that's very hard to do when the best you can do is to use hand gestures to communicate.

That's why, as a result of the ongoing wars in Iraq and Afghanistan, translators for Middle Eastern languages like Arabic and Farsi have been in such high demand. In 2011, the Army was offering bonuses of $10,000 for Middle Eastern translators to enlist -- and an extra $20,000 if applicants were ready to go to basic training within the next 30 days.

So, how do you become an Army translator? Read on to find out.

In 1941, as diplomatic relations between the United States and Japan began to break down, the U.S. government started a secret program to recruit the children of Japanese immigrants to act as translators in the event of war between the two countries. Soon after the attack on Pearl Harbor, the U.S. military already had a team of Japanese translators ready for the Pacific Theater. Throughout the course of the war, these translators would be critical in interpreting intercepted messages and, in some cases, convincing Japanese army units to surrender.

In a war zone, having translators can mean the difference between life or death for soldiers. In a public market, they might be able to overhear a snippet of conversation indicating that an ambush is imminent. They can establish relationships with the local populace and extract, crucial bits of information about nearby insurgents. If a soldier inadvertently causes a miscommunication, a translator can defuse the situation before it gets deadly.

Behind the lines, translators also serve a crucial role in logistics and diplomacy. If a congressperson or senator comes to visit, translators need to tag along to help communicate with local dignitaries. If a television station is hosting a news show critiquing U.S. military policy, translators may be invited in to help provide a counter-opinion. When the military needs to acquire supplies from a local merchant, a translator needs to help negotiate the purchase.

Of course, it's not all battles and high-level meetings. Translators are also needed to perform a wide variety of clerical work. The military often has translators listen to radio reports and skim newspapers to gather information about local affairs. Or they'll be asked to translate informational leaflets to be distributed to the local population.

The U.S. Army currently has 14,000 "soldier-linguists" stationed around the globe. To become a translator in the U.S. Army, applicants need to do one of two things. If they already speak a valuable foreign language, they need to prove their fluency by passing an exam known as the Defense Language Proficiency Test. If they don't speak a language the Army is looking for -- but they're really good at learning languages -- they can take the Defense Language Aptitude Battery, a test designed to gauge an applicant's natural linguistic ability.

Of late, the U.S. Army has also been relying more and more on outsourcing its translation needs to private contractors. These contractors fly in translators from around the world, or they may recruit English speakers from the local population. It's big business: In 2007, one of the largest translation contractors in Afghanistan was paid $700 million to provide about 4,500 translators. That's about $150,000 per translator [source: Wartenberg]. But while translation may seem lucrative, it's also extremely dangerous. Translators may be killed by explosives or gunfire while on an operation, or, if they're members of the local population, they may be targeted by insurgents. In Iraq, one translating contractor had more than 200 employees killed in only four years of the war [source: Ressner].

One day, translators may never need to put themselves in harm's way. The U.S. military already has automated planes and automated trucks, so it would only be natural to assume that automated translators are just over the horizon. In April 2011, the Defense Advanced Research Projects Agency (DARPA) issued a call to tech companies to design a translating robot. For years, computer engineers have been working on devices to automatically translate spoken word, but DARPA wanted an instrument that would be able to translate written documents on sight and interpret local gestures.

It's a tall order -- and it's doubtful that soldiers are ready to delegate translation duties to a robot. But who knows? One day, the idea of language barriers in a combat zone may be as quaint as muzzle-loading rifles.

According to critics, the U.S. Army's "don't ask, don't tell" policy barring homosexuals from the military had a particularly damaging effect on the Army's already-thin ranks of Arabic translators. Before the policy was repealed in late 2010, at least 58 Arab linguists had been kicked out of the U.S. Military for being gay [source: Benjamin]. 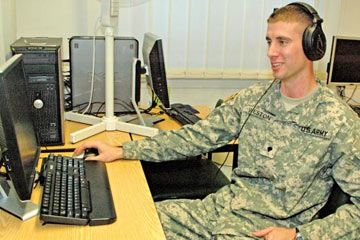 Up Next
How to Become an Army Linguist
Explore More 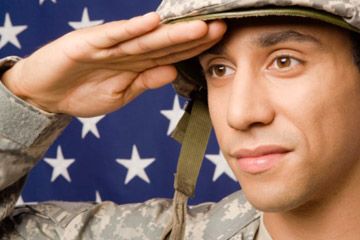